Rainbow Six Siege‘s latest season, Brutal Swarm, has just been unveiled by Ubisoft and there’s a lot of news to parse through beginning with a new operator.

Grim, the newest addition to Siege’s ever-expanding roster, hails from Singapore and joins the game as an Attacker. He brings with him the Kawan Hive Launcher, an over-the-shoulder launcher that sends out a swarm of bee-shaped nanobots that mark whoever walks through them. The canister they come in will stick to the surface it’s launched at, and if you’re tagged by Grim’s swarm, the Attackers will be able to track you. Grim will also be a high speed, low health attacker (colloquially known as a “three-speed, one-health” operator), and because of that build, he’ll be packing the 552 Commando assault rifle as well as the SG-CQB shotgun for primary options.

Attackers throughout the game will also be able to take advantage of the new Impact EMP Grenade, which will give them further quick options for disabling enemy gadgets in what might otherwise be one-sided situations. The operators that will be able to use it are:

Some operators will also be receiving official changes to breathe new life into some stagnant kits. Players who are downed wearing extra armor from Rook, for example, will be able to pick themselves up with 20 health. Dokkaebi’s Logic Bomb gadget is also being adjusted and will be impossible to interrupt.

Ubisoft is also bringing back the 2021 iteration of the Stadium map, which has previously only been featured in the game as part of a limited event leading up to the Siege Invitationals, the premier Siege tournament in the world. It will be reintroduced with some tweaks as Stadium Bravo, a combination of Border and Coastline, and will be a permanent addition to the map pool.

The map ban phase will also display five maps instead of three in order to promote more map diversity and allow more maps to remain in pools. Tactical maps will also be getting tweaked, now giving Attackers more information to make decisions with. They will be able to see available Defender objective locations and the floor map and objectives will show when Attackers find them. 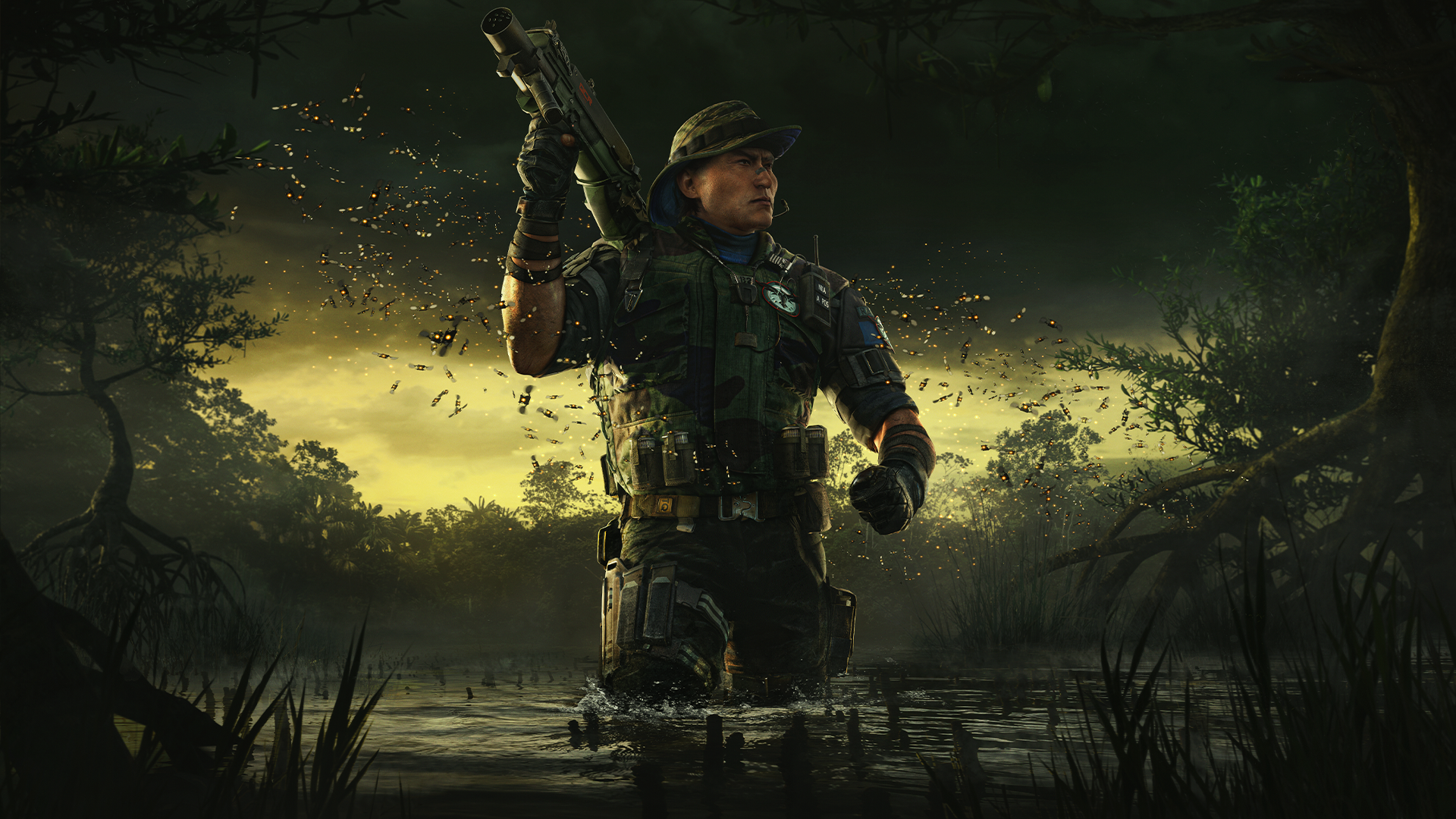 On a more systemic level, Ubisoft is adjusting how recoil works on both PC and consoles. Most importantly, the two will now be distinct, as console balancing used to be done according to values on PC. This should help the different playerbases experience adjustments that fall in line with their player experience. On PC, Ubisoft has adjusted recoil values to now reflect weapon’s power levels, and have bumped vertical and horizontal recoil during sustained fire in order to make burst-fire the preferred method of engagement. More weapon attachments are coming to a wider variety of weapon types that are being affected by these changes (particularly LMGs) in order to better encourage loadout customization and stress tactical adjustments. While recoil will remain mostly the same as it currently is on consoles, the expanded weapon attachments will be coming to both consoles and PC.

Ubisoft is also introducing additional penalties for abusive players after implementing Reputation penalties last season. If players send an abundance of hateful messages in the text chat, they will effectively be muted. While they can still send and receive messages in the chat, players won’t be able to see them unless the penalized player is unmuted. There will be a grace period when the feature launches later in the season, so that players can get used to it, but once that period is over, players who receive the penalty will be muted for 30 matches.

Beginning with this season, players will be able to gift battle passes to friends so long as they’re friends over Ubisoft Connect for longer than 90 days and are on the same platform. Additionally, with the arrival of a new season and operator, prices for previous operators will be dropping accordingly:

Finally the Torrid Jungle Bundle will be made available as the season weapon skin and buying it will get players the Weathered Partner skin for both their weapon and attachments. Additionally, the bundle comes with a Smelly Durian charm.