Sea of Thieves Season 7 is here, and with it comes one of the game’s biggest updates since launch. The Season 7 update is headlined by its captaincy features, which create more ways to role-play as a legendary pirate, including the naming of your ship, custom ship loadouts that persist across playthroughs, brand-new Captain’s Voyages, and a lot more. Here we’ll be breaking it all down piece by piece so you know what’s in store next time you awaken at an outpost. Unsheath your cutlass and top off your tankard, here’s everything you’ll find in Sea of Thieves Season 7.

The marquee new addition is the ability to purchase your very own Captain’s ship. Whereas previously you’d load onto a ship the size of your choosing and customize it with your available cosmetics, now you have the option to exchange gold coins for your very own ship that you can then give a name and custom cosmetic loadout to. This then opens up a wealth of other new gameplay features.

A Captain’s ship comes in the three usual sizes, and each has its own associated price tag:

You need only purchase the ship or ships you’d like to add to your character, and you need only purchase each ship once at most. Do note, however, that while your first time naming the ship is free, if you ever wish to change its name, you’ll need to purchase a Ship Renaming Deed, much like a Pirate Appearance Potion, using the game’s real-money currency, Ancient Coins. A Renaming Deed sells for about $5.

Once you’ve got your ship, you can enter the game where the Pirate Lord will greet you with a new tutorial of all the exclusive Captain features. This includes saving your ship’s aesthetic loadout and buying Captain’s Voyages from the Shipwright’s Shop–these pile up in your Captain’s Cabin so you needn’t return to outposts so often for new voyages.

You can also customize your cabin with new trinkets, portraits, and more, which are earned through the game’s new Milestone system that tracks your swashbuckling career highlights. If you choose to keep them, your ship’s signs of cosmetic damage, such as patched-up hulls, will persist across playthroughs, too. Some players may like a pristine look while others may prefer to wear their ship’s scars like badges of honor. 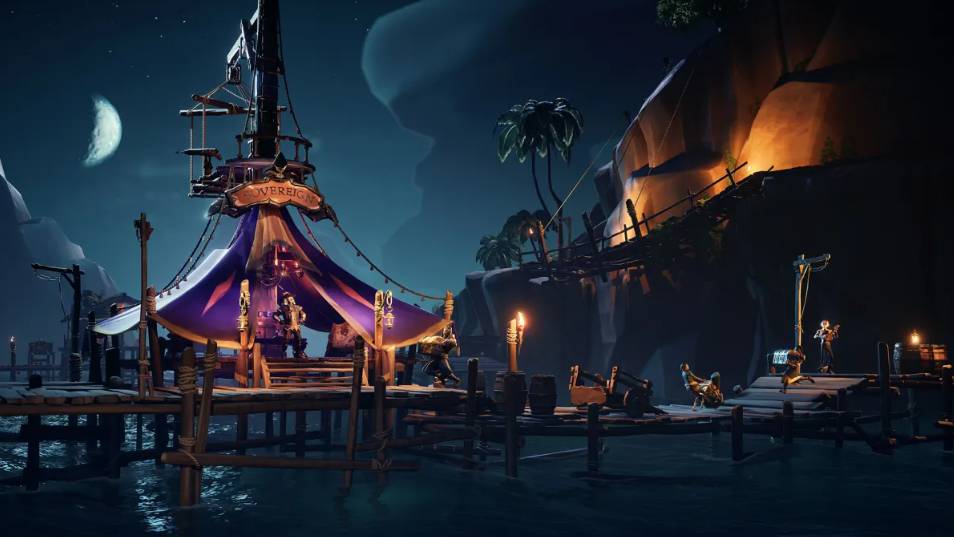 Sovereigns will thumb their noses as the common buccaneer, but Captains can enjoy exclusive VIP treatment.

Two of the best new features for Captains are the ability to stock your ship quickly at the Shipwright’s Shop, with offerings such as full supplies of wood, cannonballs, fruits, and meats, as well as the ability to quickly trade your loot into a new NPC group, the snooty Sovereigns, who rest at any outpost. They’ll take all manner of loot and do the hard work for you, making it a one-stop shop for chests, crates, skulls, and more–but remember, they only deal with Captains, given their high opinion of themselves.

If you’re looking to stock up instantly as a Captain, note the following pricetags for the various supplies: 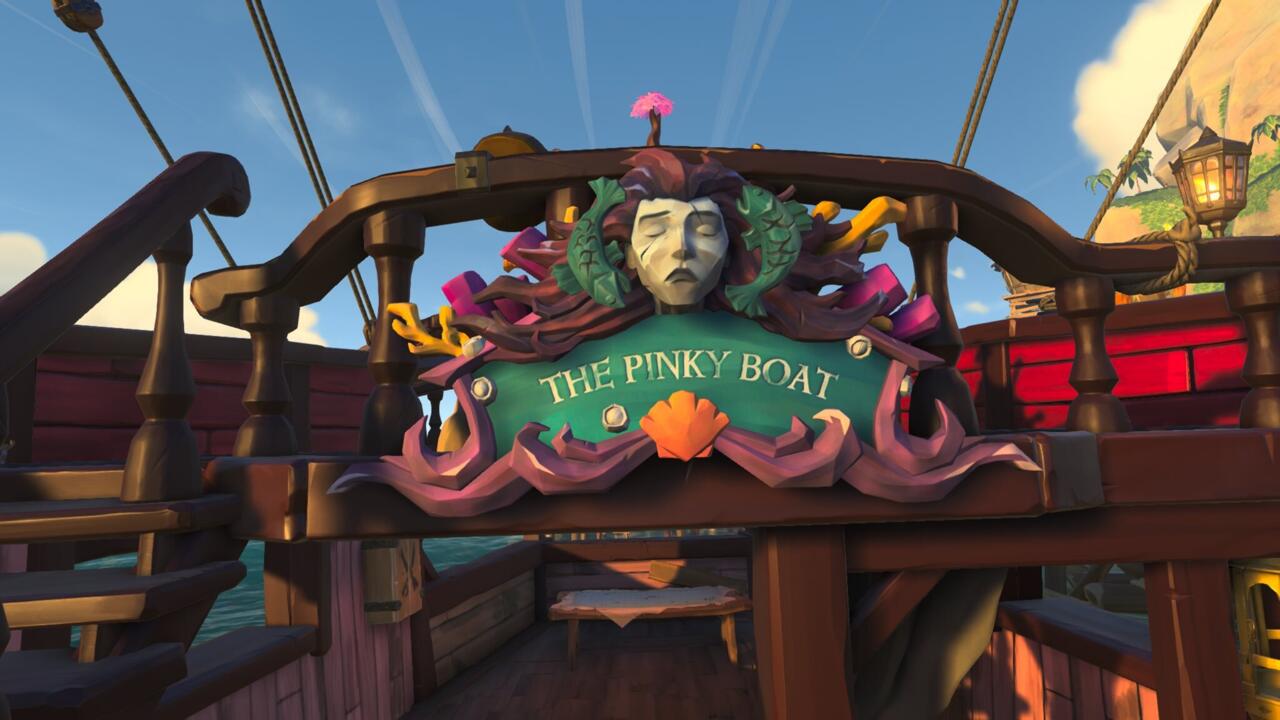 Name your ship something that will strike fear into the hearts of foes. Or, like me, let your daughter name it.

In the Pirate Emporium, the game’s Ancient Coin shop, you’ll find new ship and pirate cosmetics inspired by the Wrecker fish, a free Promising Portrait emote, and new Captain’s ship nameplate crests to give your newly-built ship an extra bit of flair.

The Season Seven Plunder Pass includes 100 new free rewards, with 13 more made optional for players who purchase the premium version. This includes the level 1 Baleful Bloom costume, which comes in more elaborate styles at levels 50 and 90, with a leafy Baleful Bloom ship set to match, unlocked along the way. At level 100, all players also earn Merrick’s iconic cutlass.

The Season Seven update is now live as a free update for all players. If you’re naming your ship today, let us know what it’ll be in the comments. For more on the new update, read our recent interview with Rare on the past, present, and future of Sea of Thieves.

Sea Of Thieves Guide: 9 Useful Tips To Know Before Starting 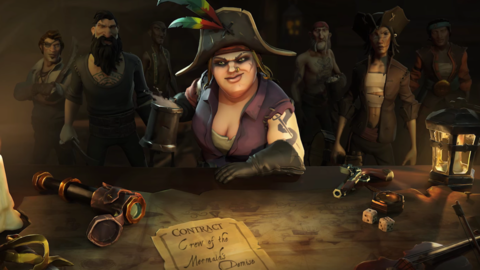 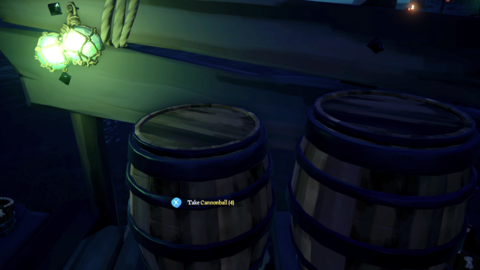 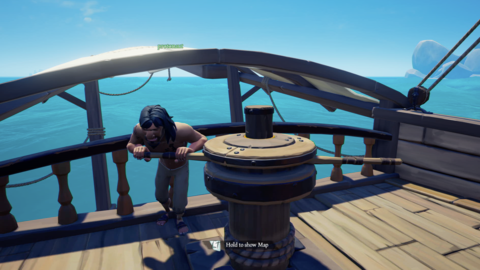 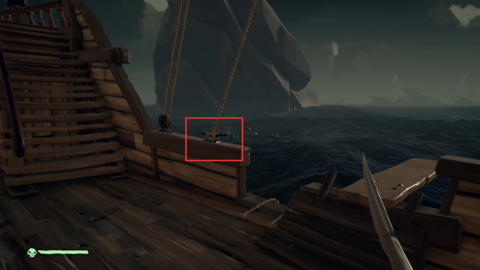 « Fanatical's New PC Game Bundle Is One Of Its Best Yet