Like previous Pokemon games, Pokemon Scarlet and Violet will have a new gameplay mechanic that players can experiment with when they take part in a battle. This new mechanic, Terastallize, transforms a pocket monster into a crystal version of itself with boosted stats.

Each Pokemon in the Paldea region gets a unique gem-like look when subjected to Terastallizing, and some Pokemon will change type as well. According to the Pokemon Company, there are 18 types that form a wide number of combinations of Pokemon and Tera Types, and players can Terastallize a Pokemon once per battle.

Afterwards, the Tera Orb used for that transformation will need to be recharged by touching crystals overflowing with Terastal energy or by going to a Pokemon Center. 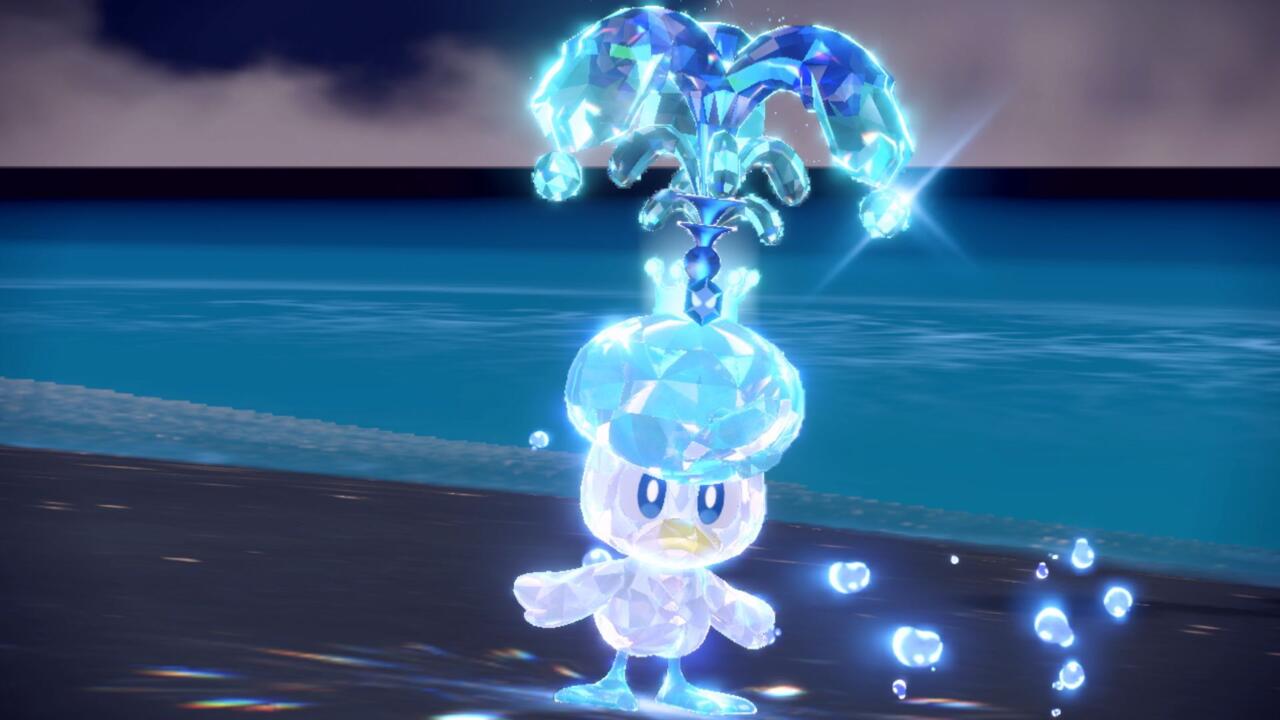 Shine on, you brilliant diamond duck

There’ll also be the opportunity to take part in Tera Raid Battles, when four other players team up with your trainer to take on a Terastallized wild Pokemon. There were plenty of other details revealed in today’s Pokemon Scarlet and Violet trailer, such as the legendary monsters doubling as motorcycles, the characters you’ll meet, and a delicious new Pokemon called Tridough, which ferments things in its vicinity using the yeast in its breath.

Pokemon Scarlet and Violet is set to release November 18 on the Nintendo Switch.

Every Confirmed Pokemon For Pokemon Scarlet And Violet So Far

Nintendo Switch Sales Are Down Due To Continued Global Semiconductor Shortage »