Nier Automata Church Mystery Confirmed To Be A Very Good Mod, Not A Secret Hidden Area

The Nier Automata community has been captivated by a mystery for weeks: A Reddit user by the name sadfutago uploaded footage of what they claimed was a secret area and church in Nier Automata. No one had ever seen or discovered the location, leading to the community speculating and debating on what the footage was–ARG, mod, marketing campaign, or actually a secret location on some super-specific version of the game?

Now the answer has been revealed. The Nier Automata secret church location is confirmed to be a really good mod, as announced during a Twitch livestream. According to the video’s ending credits, the mod was created by Devolas Revenge, Woeful_Wulf, and RaiderB. According to them, everything shared in the videos released by sadfutago were created completely in-game with no editing.

In the next few days, the trio will release Blender add-ons, scripting tools, and the mod files. There’s more to come to, as the announcement ends with, “Keep an eye out for more.” 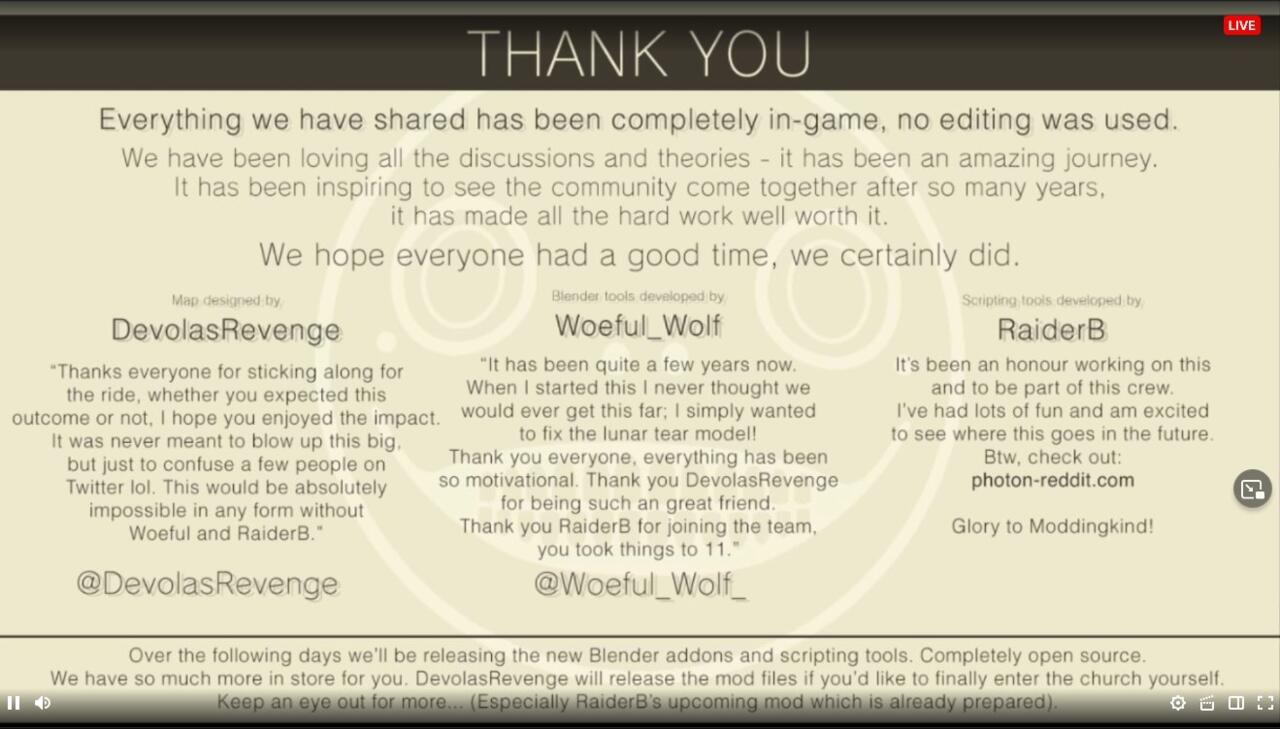 It’s been a long time since a video game had a good enough mystery to inspire so much speculation, quality memes, and long nights. The story began with modders in the community claiming sadfutago’s footage was basically impossible with known mod tools. Sadfutago then drip-fed progression through this secret area over the days, in a manner that quickly became recognized as intentional. This led to people wondering if this whole thing was a marketing scheme by Square Enix and Yoko Taro to sell the next Nier, Drakengard, or even just promotional material for Nier Automata’s upcoming Switch version.

It didn’t help that Yoko Taro and Yosuke Saito chose not to comment, with Saito seemingly issuing a cryptic response that only inspired more speculation. The duo, along with Square Enix, are probably very pleased with the free marketing Nier (and to an extent, Drakengard) received.

In any case, it’s been a wild ride. The trio’s mod is very impressive, and there’ll likely be other fun fan-made adventures made using these new tools.

« Destiny 2's Next Raid Will Be Revealed On August 23