Summer is almost over and that means two things: new horror flicks and NBA 2K23. Visual Concepts’ latest dissertation on dropping dimes arrives next month, September 9th, and while the official 2K23 ratings reveal is weeks away, there’s no harm in debating player ratings and which shooters are going to swoosh–especially with Giannis having more dad jokes, Summer Luka being on a Goodfellas wave, Zion wanting to prove that he’s a winner, Kyrie opting-in (as Durant opts out), and Jimmy Buckets doing new hair transformations while Ja Morant believes he “would have cooked” Michael Jordan.

The NBA offseason is reaching new heights with Summer League highlights and J. Cole becoming a guard for the Scarborough Shooting Stars, and because of that, 2K ratings will forever be a status symbol. Our player predictions for NBA 2K23 take badges, archetypes, and overalls from 2K20-2K22 into consideration and offers a closer look at the league’s brightest stars and the new blood that’s determined to take over. The ratings aren’t perfect, but that’s what friends (and Twitter) are for.

Devin Booker is a shooter’s shooter. The Phoenix Suns guard and now NBA 2K23 Cover Athlete has averaged more than 24.9 points per game in the last five seasons and spent all of 2021-22 hitting personal bests in scoring (26.8), rebounds (5.0), steals (1.1), and three point percentage (.383). Book’s rating hit a minor bump after a Game 7 defeat to Luka Doncic and the Mavericks in last year’s semi-finals, but big shot or not, he’s basically an NBA Championship away from international stardom.

Nobody has more confidence than #12. After leading the Memphis Grizzlies to the postseason in 2021, the former Rookie Of The Year earned his first All-Star nod, picked up some new hardware (Most Improved Player), and became only the third player in playoffs history to record multiple 45 point games before the age of 23. Morant is theoretically in his Harder Than Ever phase and new bests in scoring (27.4), rebounds (5.7), and steals (1.2) deserves nothing less than a 94 overall. 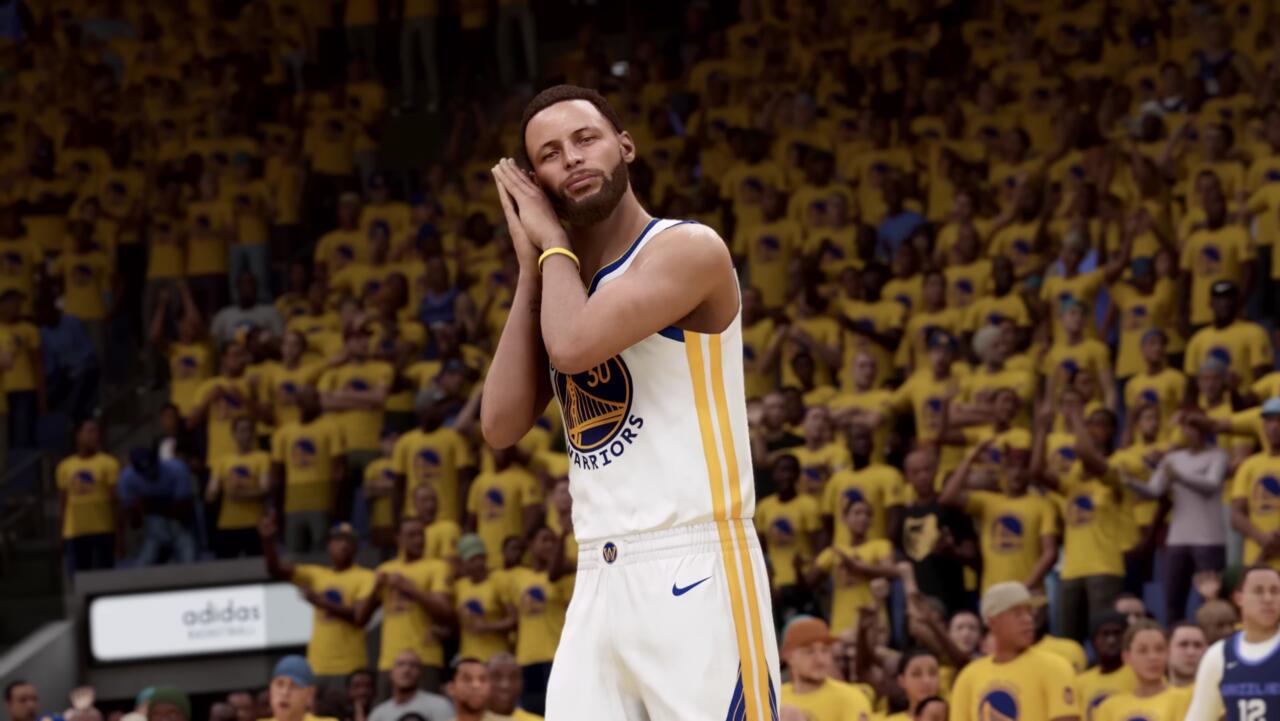 It’s still Steph over everybody. The reigning NBA Finals MVP is up there in age (34) and has his injury woes, but in 2021-2022, he surpassed Ray Allen as the all-time leader in made three-pointers and became the 49th pro in league history to reach 20,000 points–all before taking home his fourth championship in eight years with the Golden State Warriors. Curry has records on records with even more records to share and though his shooting percentages are down compared to 2018, he’s still one of the most intimidating iso players in the NBA and his “Night, Night” celebration is proof.

“The Process” deserves a higher overall. After playing just 102 games from 2020-2021, Embiid put up video game numbers–turning a four-year, $196 million extension with Philadelphia into a 68-game tear full of 40-point triple-doubles, game-winning threes, and a league best 30.6 points per game. The Cameroonian-French native made history as he became the first international-born athlete to win an NBA scoring title and was the first true center to do so since Shaquille O’Neal (2000).

Will he stay? Or will he go? LeBron is due for a contract extension with the Lakers but he’s intent on finishing his career alongside his son, Bronny James, and the team’s front office doesn’t own a first-round pick in the 2024 NBA Draft. The 37-year-old is entering his 20th season (!) and after a 56-game run in which he averaged 30.3 points, 8.2 rebounds, and 6.2 assists for a non-playoff team, he’s guaranteed a Top 5 rating as LBJ’s overall hasn’t started below a 96 overall since NBA 2K16. 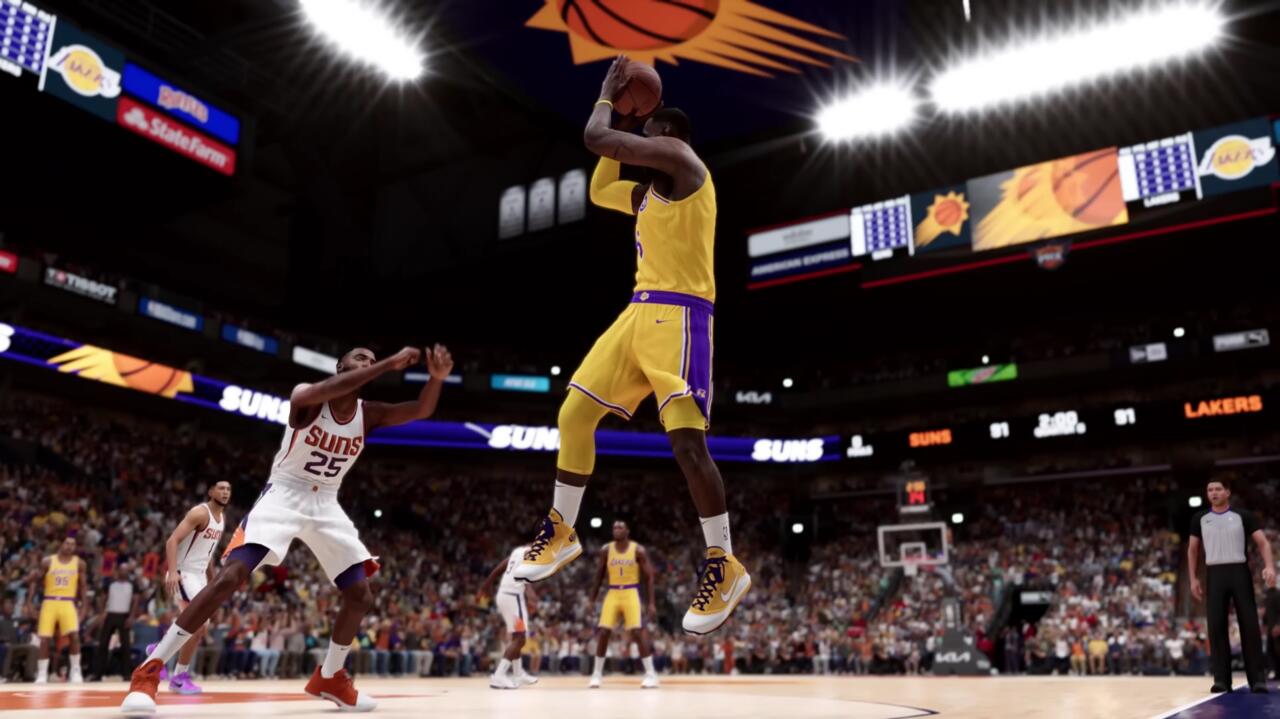 What about the rest of the NBA? Kevin Durant (96) doesn’t believe in the Nets but he finished the 2021-22 season with 29.9 points per game and more career highs in assists per (6.4) and free throws (.910). Two-time MVP Nikola Jokic (96) is still making his case for the top rating in NBA 2K while teammate Jamal Murray (85), Clippers forward Kawhi Leonard (93), and New Orleans’ prodigy Zion Williamson (88) are hoping to rebound from their respective season-ending injuries.

Atlanta’s Trae Young (92) is due for a +2 bump after averaging 28.4 points and 9.7 assists in 76 games without Dejounte Murray (87) and the same goes for DeMar DeRozan (91) who finished his first season with the Chicago Bulls with highs in points (27.9) and shots made (10.2) per game. James Harden (90) is lost in translation in Philadelphia and even though Damian Lillard (90) and Bradley Beal (86) have to find a way to win after slight regressions, the future of the league is in promising hands with Cleveland’s Darius Garland (89), Minnesota’s Anthony Edwards (85), and Oklahoma City’s Shai-Gilgeous Alexander (89) improving their skill sets as all-around guards. 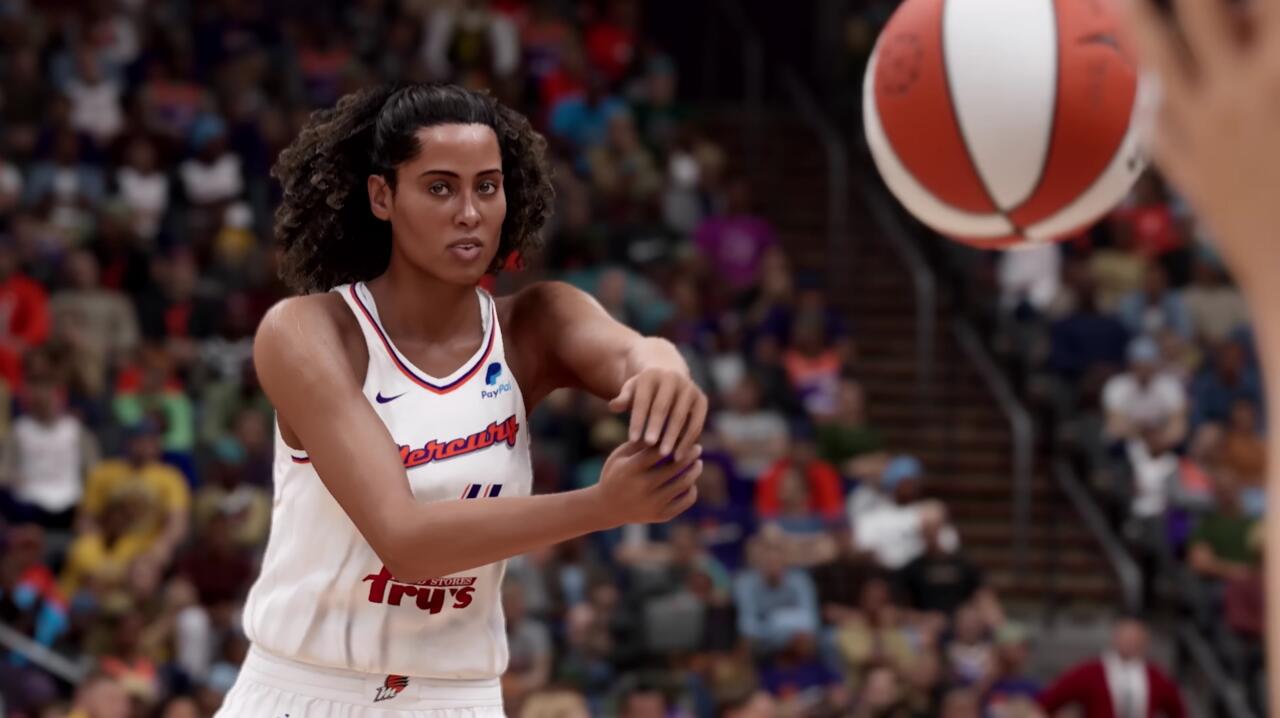 With the WNBA in mid-season form, Breanna Stewart (95) and A’ja Wilson (94) are still playing at MVP levels as Skylar Diggins-Smith (90), Sabrina Ionescu (87), and rookie Rhyne Howard (85) are making impacts in their own ways. And then there’s Las Vegas Aces guard Kelsey Plum (89); the 2022 All-Star MVP is averaging 20.3 points per this season and continues to underline why she’s a crafty “bucket-getter” and a league leader in total points, assists, and made three-pointers.