Goat Simulator 3 Out On November 17, Devs Reveal Baaad Reasons For The Game’s Name

Coffee Stain Publishing has revealed that Goat Simulator 3 will be released on November 17 for PC, Xbox, And PlayStation. In case you missed the first game–and only that one–Goat Simulator gives you full control of nature’s perfect eating machine and sets you loose inside of a sandbox where you can run free as the GOAT agent of chaos.

Most people still want to know why Goat Simulator 3 skipped a number, and in a PS Blog post, Coffee Stain Publishing revealed several reasons for the game’s name. These aren’t good excuses, but they are excuses nonetheless.

According to developers at Coffee Stain North, some of the reasons boil down to a lingering typo, temporary amnesia, and Sony Santa Monica selfishly hogging God of War: Ragnarok’s title. Other excuses include Goat Sim 4 being left on the cutting room floor, placing the blame on Call of Duty: Black Ops memes, and not wanting to correct the publishing team’s mistake.

Goat Simulator 3 will be available in several different editions, ranging from a standard version to a “Digital Downgrade Edition” which comes with a selection of remastered items from Goat Simulator, and a special collector’s Goat In A Box Edition that’s exclusive to Europe and Asia Pacific regions. 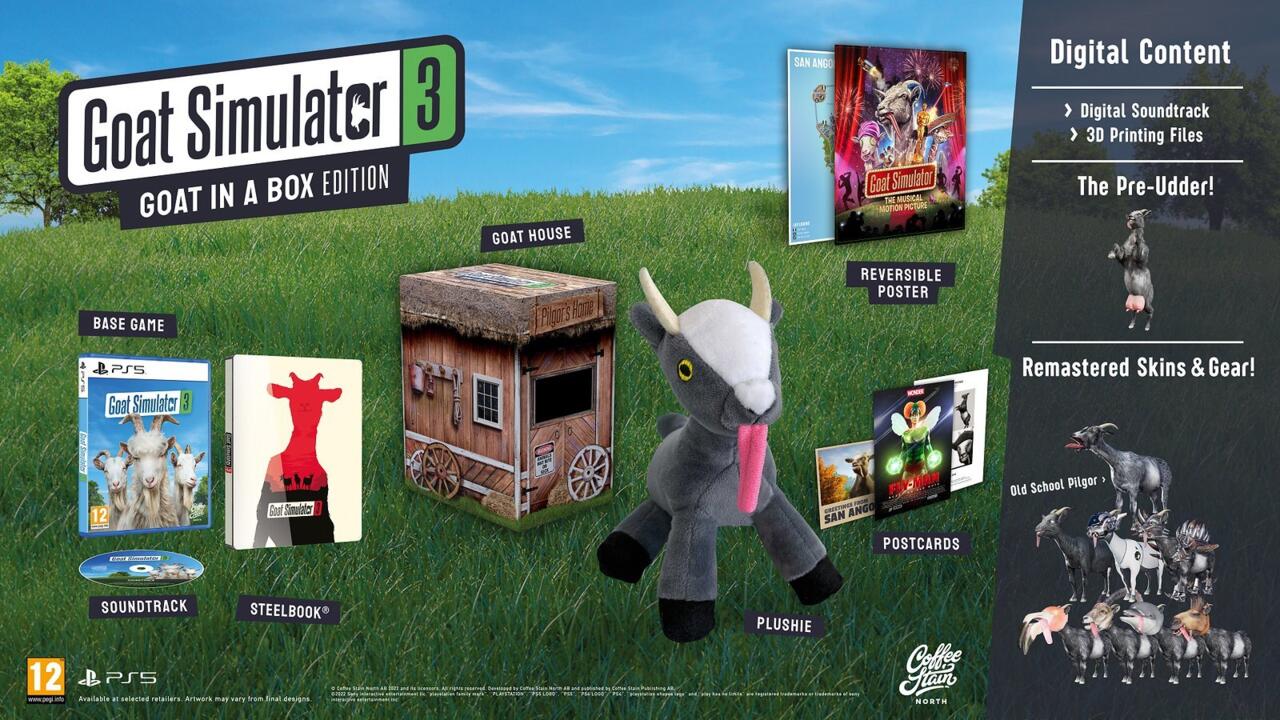 Coffee Stain North appears to be going all in on the meme potential for Goat Simulator, as the game announced itself in June with a trailer that skewered the iconic teaser for Dead Island 2.

The game is confirmed for Xbox One, Xbox Series X|S, PS5, PS4, and PC via the Epic Games Store. According to its store page, it includes features such as local or online co-op, customizable goats, NPCs to mess with, physics, status effects, collectibles, easter eggs, lies, betrayal, and heartbreak.

Most Anticipated PlayStation Games For 2022 And Beyond

« This Steam Deck Alternative Is Getting A $300 Discount