Destiny 2’s Arc 3.0 Has More Fragments To Unlock, But You Can’t Get Them Yet

Arc 3.0 is one of the major new features in Destiny 2‘s new Season of Plunder, and it means that all four subclasses in the game can now be customized in the same manner as Stasis. That’s exciting news for those who want more control over their characters, but the options you have at your disposal right now will only grow further. You may have noticed that a number of Arc Fragments are locked, with seemingly no way to access them. Traveling to Ikora Rey will allow you to spend glimmer to acquire several additional grenades, but despite the lack of a checkmark icon on the Fragments section, she offers no way to buy the missing options.

That might appear to be a bug at first glance, especially given the number of things that have been broken this week (or deeply overpowered), but it instead looks as if Bungie is again deliberately holding back some Fragments. The studio has said nothing about how these Fragments will be unlocked, but looking back at last season gives us a decent indication of what’s likely to happen. 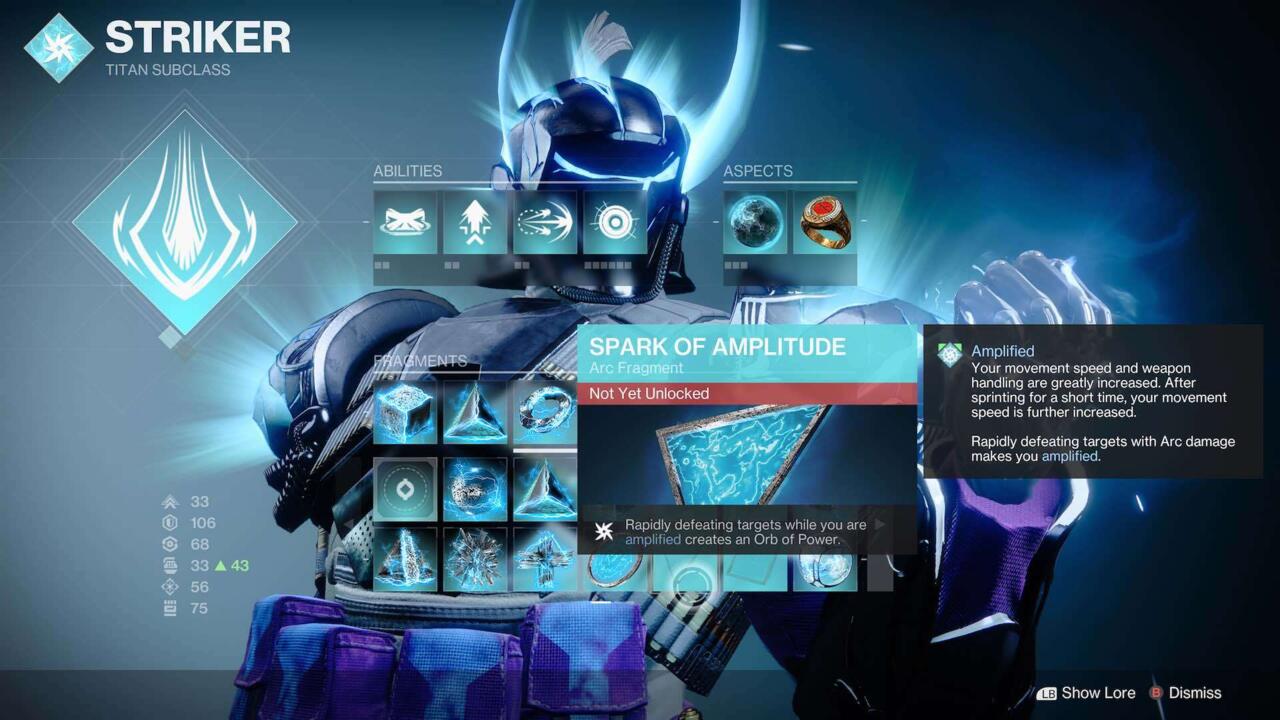 One of the locked Arc 3.0 Fragments

In the case of the Solar 3.0 overhaul, a number of Fragments remained locked at first, just as with Arc 3.0. For those remaining Fragments to become available, the community had to collectively complete 20 million runs of Nightmare Containment, Season of the Haunted’s seasonal activity.

It’s possible that, for everyone to unlock the additional Arc Fragments, the community will need to complete a certain number of Ketchcrash or Expeditions, the two new activities for Season of Plunder, which are tied to the new Map Fragments and Treasure Coordinates currencies. Alternatively, it could be that the first completion of the King’s Fall Raid, which unlocks this week, will do the trick.

In any event, Bungie hasn’t provided any explanation of how or when we might get access to the new Fragments. And although the Season 18 patch notes only list the Fragments with question marks, inspecting your subclass reveals what those remaining four are and what they do. We’ll report back once we get confirmation on how to unlock these Fragments.

Rapidly defeating targets while you are amplified creates an Orb of Power.

Read More: Destiny 2’s Arc 3.0 Has More Fragments To Unlock, But You Can’t Get Them Yet

« Get A Refurbished MacBook Air For Only $250, Just In Time For The School Year