Destiny 2: Lightfall Release Date, Strand Subclass, And Everything We Know

Destiny 2’s Year 6 expansion will bring a brand-new campaign, updated in-game features, another Darkness subclass, and both new enemies and allies. Destiny 2’s Game Director Joe Blackburn said in the Destiny 2: Lightfall showcase that “this is the beginning of the end” of the Light and Darkness saga.

Destiny 2: Lightfall takes place in the neon cyberpunk city of Neomuna on planet Neptune where people who escaped the Collapse created a metropolis over the past centuries without the Last City knowing. The trailer during the Destiny 2 Lightfall showcase pictured Guardians fighting the new Dark Cabal force (known as the Shadow Legion) in the abandoned city as the threat of a second Collapse arrived. Season of the Haunted took players to the Leviathan ship to prevent Calus from becoming another Disciple of The Witness, and Guardians were unsuccessful. 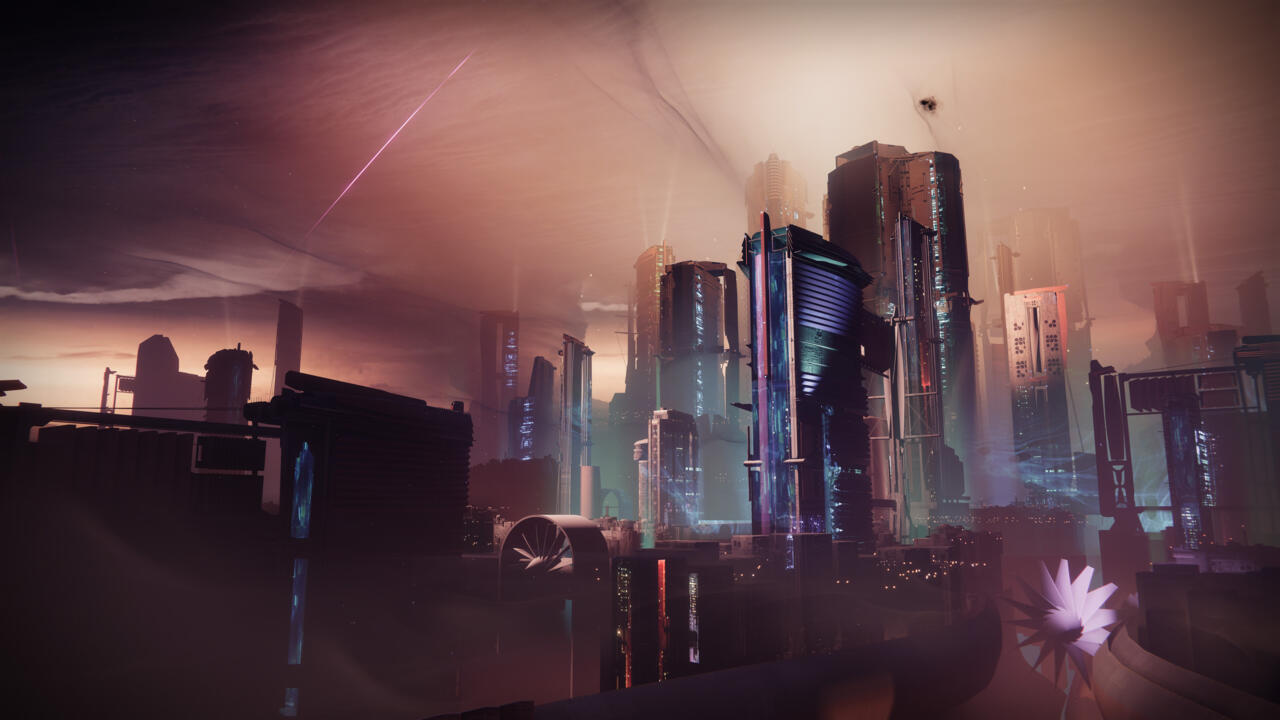 Bungie introduced an elected difficulty in The Witch Queen expansion, and Lightfall will also have a Legendary campaign mode option for players looking for a challenging experience.

The Lightfall trailer showed an enigmatic human character in Neomuna, who is part of the Cloud Striders. The Cloud Striders are volunteers stepping up to protect humanity, unlike guardians who were revived by the Traveler whether they wanted to or not. 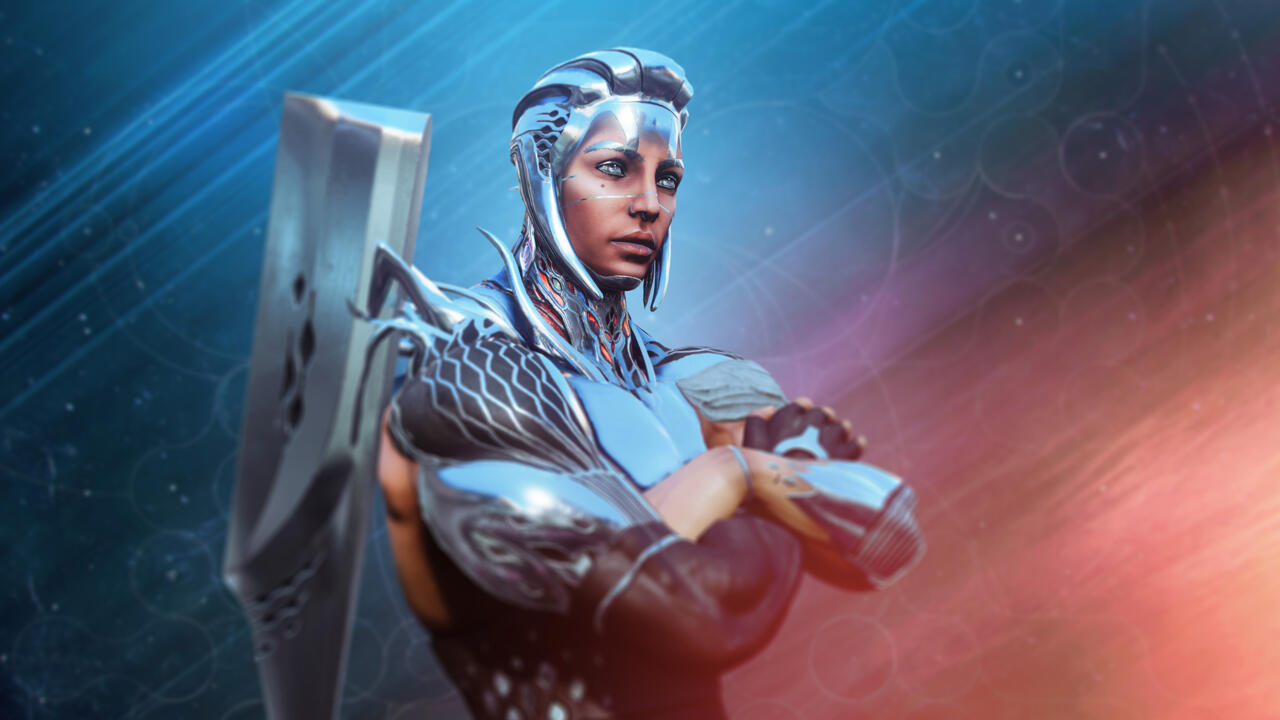 A Cloud Strider from Neomuna

These people aren’t like Suraya Hawthorne–a character introduced in the Red War story as a non-Guardian fighter. Instead, the Cloud Striders have cyber enhancements with the cost of reducing their cyborg life span to 10 years. Bungie said that this new set of heroes creates a juxtaposition of humanity fighting to save the Solar System with immortal and mortal abilities. On Bungie’s Lightfall page, players can spot the familiar face of Osiris. It indicates that Osiris wakes up after going unconscious since Season of the Lost. 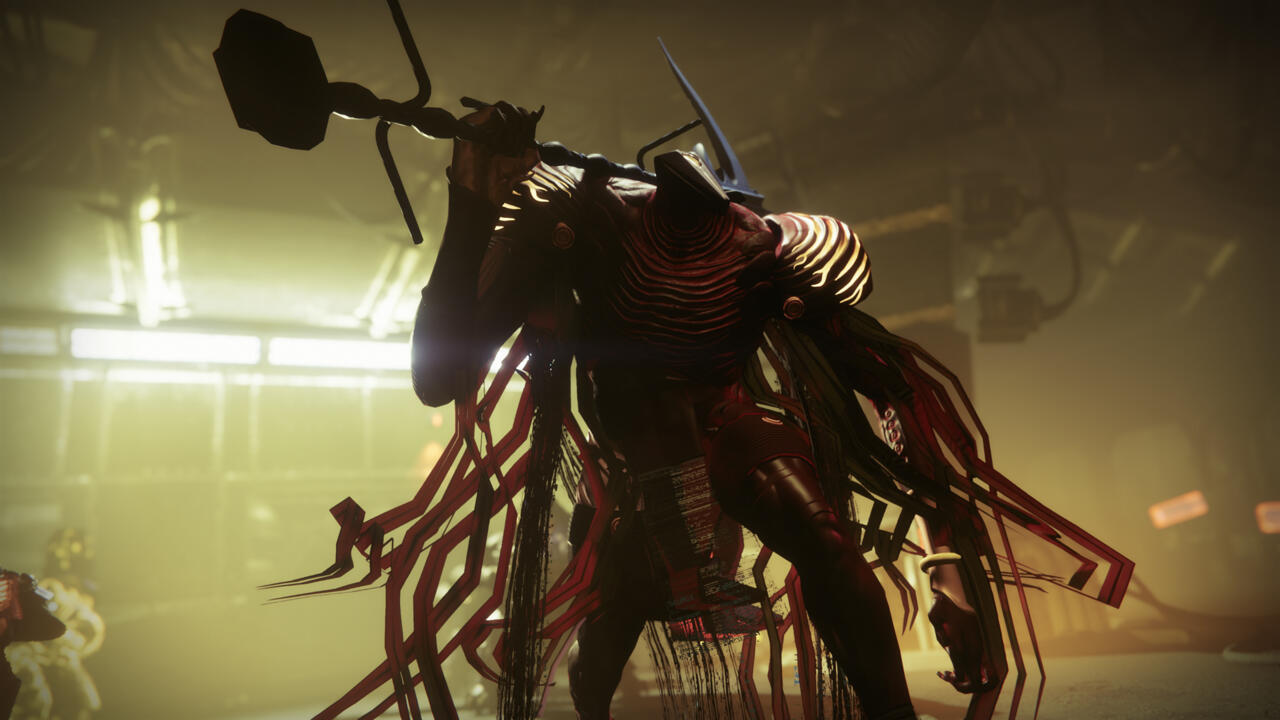 The Tormentor enemy with its scythe in Lightfall

Players will fight the Shadow Legion of Disciple Calus on Neomuna. The Dark Cabal are meshed with Darkness and have new abilities. With Calus joining The Witness, this entity provided a brand-new type of enemy called the Tormentor. The Tormentors are part of the Pyramid unit that thematically matches the design of the Pyramid ship in Savathun’s Throne World. These giant enemies are like mini-bosses. They carry an enormous scythe and have unique abilities. Also, where there’s neon, there’s the Vex. Blackburn mentioned in the Lightfall post-show that there is a Vex threat, but didn’t specify what it is.

Bungie stated new players are flooding into Destiny 2, but it wanted to implement something into the game that eases the player transition from New Light missions into the rest of the content. The developer is introducing Guardian Ranks, a knowledge ladder where players can progress through different ranks that guide them through the game. 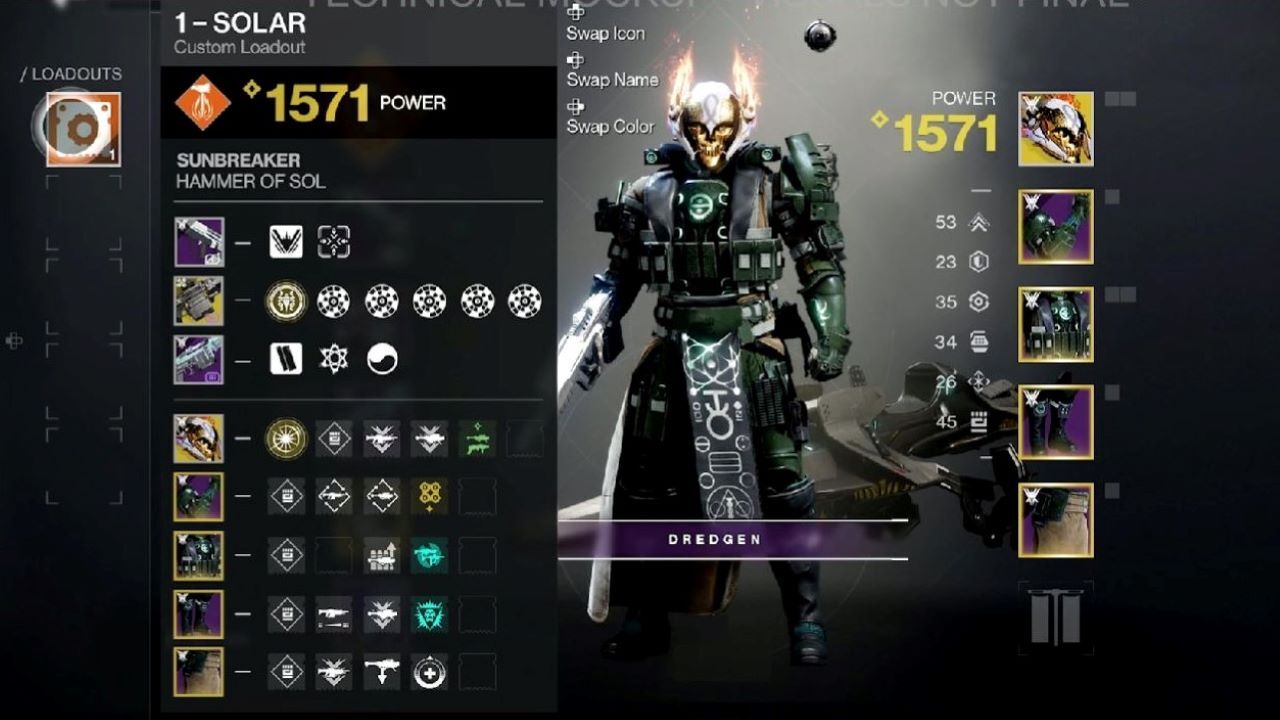 A loadout option on the character screen

Also, finding teammates in-game will be easier with the built-in LFG feature. At the end of PvE activities, players can give Commendations to others to indicate whether someone was a good leader, for example. Other features include in-game loadout builds and a mod manager. Players can update their builds on a single page and save loadouts with those custom builds.

Strand is the all-new neon green, Darkness subclass and is all about wielding psychic energy. Warlocks are the telekinetic Architects, Hunters have their rope dart as Threadrunners, and Titans are claw-bearing Tyrants. 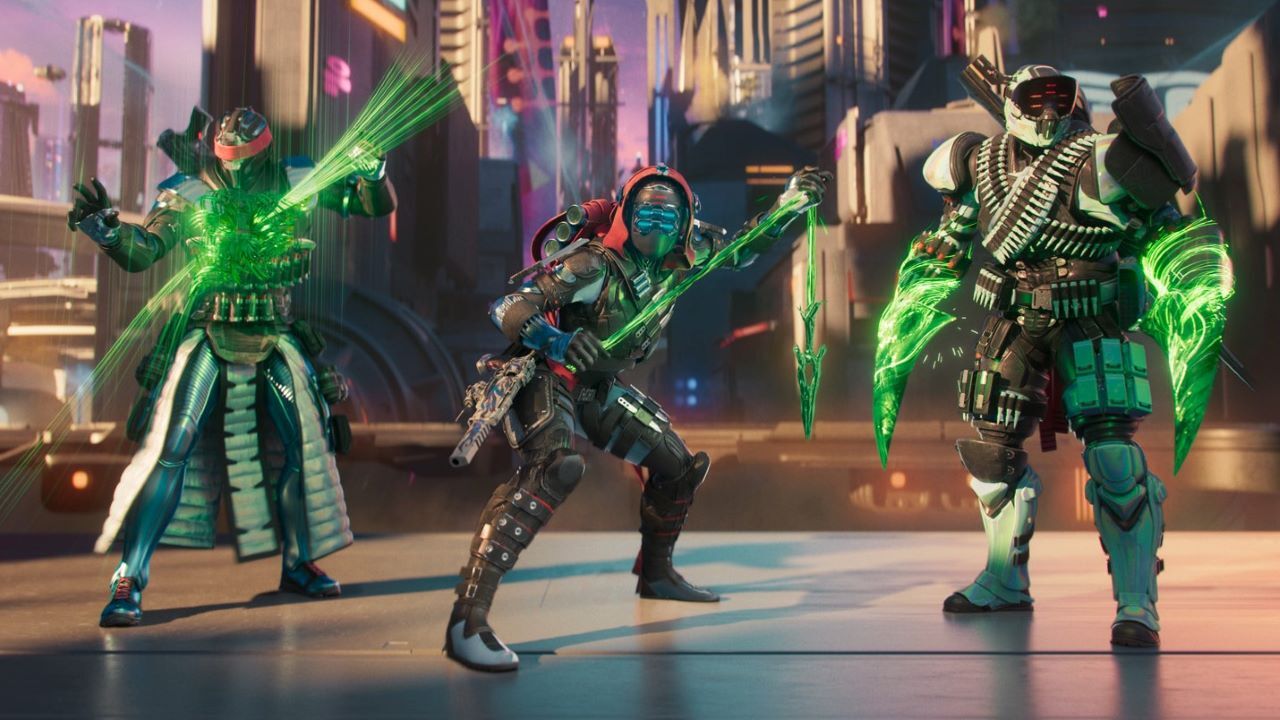 Bungie also said that all three classes have a grappling hook to swing around or travel midair. In a brief introduction to Strand’s Super abilities, Bungie showed Warlocks creating a barrage of missiles that unravels on impact and becomes explosive. Titans rapidly spin with claws for arms, slashing anyone that comes in the way. Lastly, Hunters run around throwing and spinning their rope dart at enemies.

Lightfall will have a new raid that Bungie describes on its site: “A haunting presence has been detected within [REDACTED]. Guardians must explore the mystery and discover everything they can about this threat.” There will be a new dungeon in Season 21 and Season 23 with Exotic weapon rewards and more.

Players can preorder the $50 standard edition of Lightfall to instantly unlock an emblem and Exotic Ghost shell. The standard edition has a new campaign, subclass, a new raid, exotic gear, and access to Season 20.

Preordering the $100 Annual Pass edition gives players in-game access to the Quicksilver Storm Exotic auto rifle and Exotic emote right now on top of the Exotic Ghost shell and an emblem. The Annual Pass has the same content as the Standard edition and: Season 20 through Season 23, Lightfall Dungeon Key, Quicksilver Storm catalyst and ornament, an Exotic Sparrow, and Master Rahool’s Secret Stash in the four seasons. Players can unlock this Stash once per season, which gives: two Ascendant Alloys, three Ascendant Shards, one Exotic Cipher, five Upgrade Modules, and one Exotic Cosmetic Item. 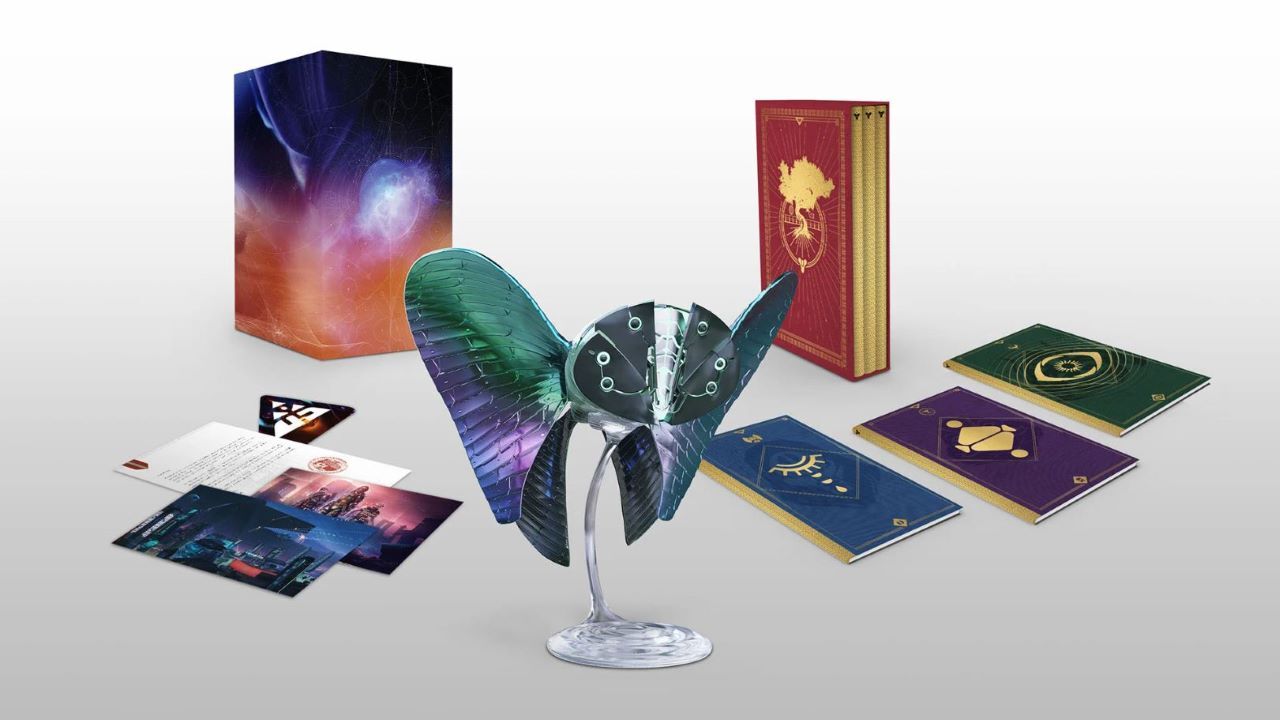 We’ll update this page as we learn more information.

« Champions League draw: Who is playing who in this year's competition?

Switch Joy-Con Controllers Are Only $60 Right Now, But You'll Have To Hurry »