Three of the biggest live-service games in the world are set to collide, as Fortnite, Fall Guys, and Destiny 2 are crossing over. With Destiny 2 coming to the Epic Games Store and the Lightfall expansion officially revealed, Bungie also shared more details on its upcoming collaborations.

On the Fortnite side of the crossover, players can equip Commander Zavala, Exo Stranger AKA Elsie Bray, and Ikora skins. To get around the map, Fortnite players will be able to hop onto a sparrow-themed glider and can equip their Destiny-themed gear. Additionally, players can jump into a new Fortnite Island inspired by the classic Crucible map Javelin-4, which features gameplay inspired by Destiny 2’s Control mode and has unique weapons and ultimate abilities to wield.

Inside of Destiny 2, three Fortnite-inspired armor sets will be available. Titans get the Black Knight-themed Knightly Noire set, Warlocks can dress up in Drift-themed Painted Kitsune robes, and Hunters can don Oblivion-themed Eternal Vengeance gear. These are all ornaments that will be available in Destiny 2, which can be used to customize existing sets of armor.

Destiny-themed costumes will be available from September 17 in Fall Guys, alongside a new Spicy Ramen celebration and other accessories. Here’s what your bean will look like when it’s dressed up as a Hunter, Titan, or Warlock: 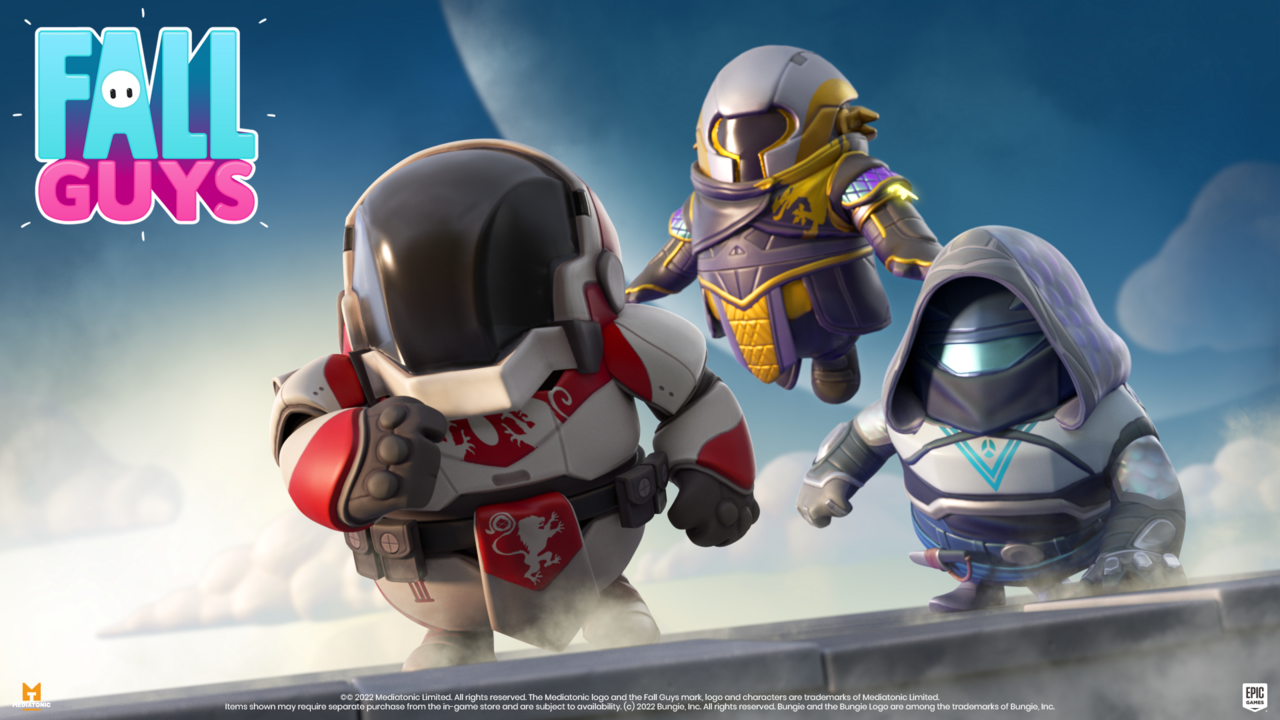 The Fall Guys and Destiny 2 crossover that we’ve all been waiting for.

Fortnite‘s current crossover has been one of its biggest to date, as the Dragon Ball collaboration has thrown Goku, Vegeta, and Bulma skins into the game, Kamehameha attacks, and iconic locations from the hit manga and anime series.

The Best Fortnite Skins So Far