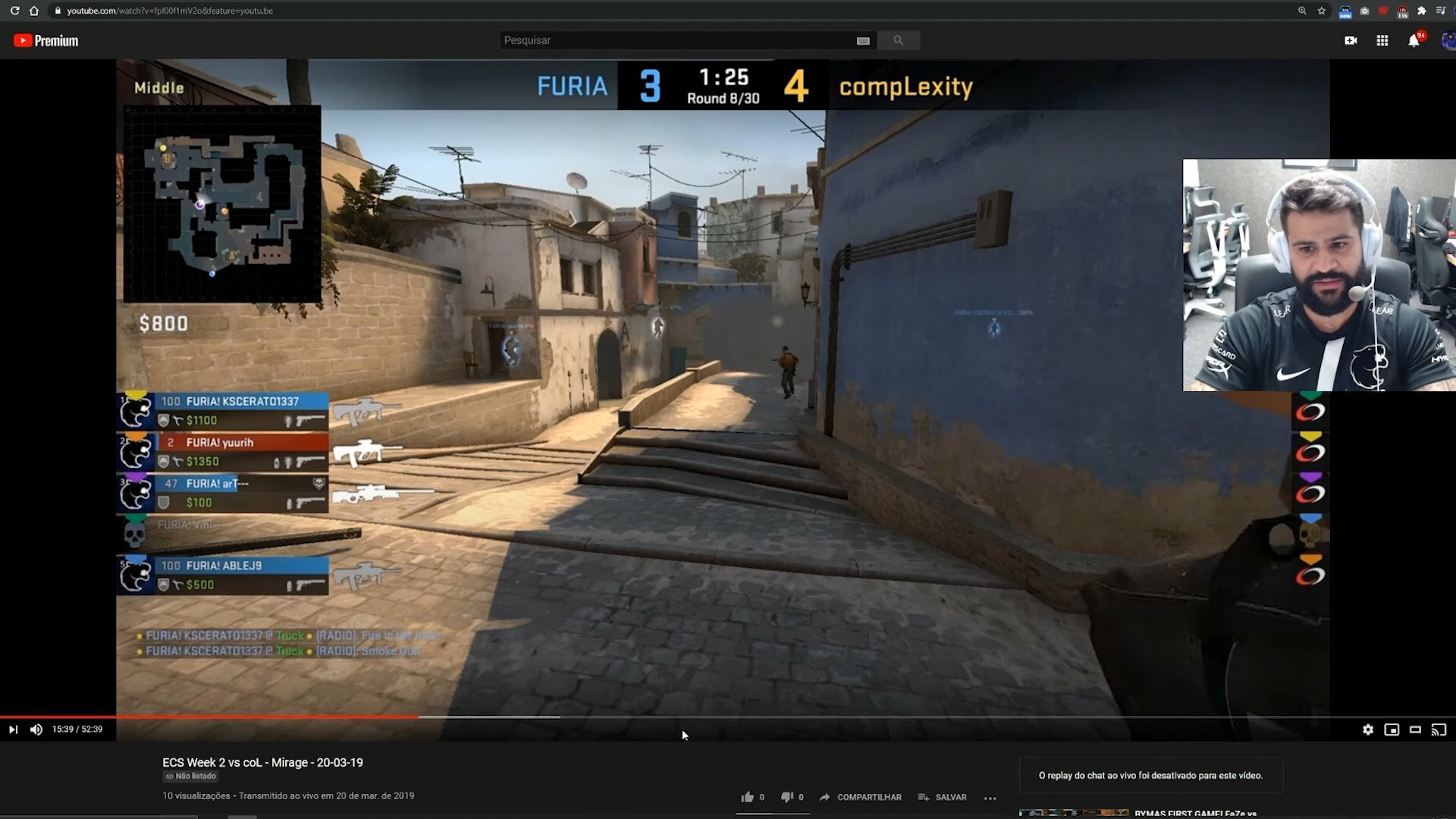 There is a flurry of allegations and accusations flying fast and loose around the professional Counter-Strike scene at the moment, and multiple coaches have already received a ban for their usage of the spectating exploit that some coaches opted to use, such as MIBR’s ‘dead’ and Hard Legion as well.

One of the teams that surprisingly received allegations was FURIA, the Brazilian darling Counter-Strike team known for playing fairly and fiercely, declining advantages that stem from online play and operating in tandem with NA teams that wish to shine a brighter light on the class warfare that has begun to take over the nation currently under the guise of racial tensions.

Many people were shocked to see that FURIA and Guerri were named considering the almost pristine record; today, Nicholas ‘Guerri’ Nogueira pushed out a video that shows the match in question from 2019, where his camera was bugged.

The match shows FURIA versus compLexity locked in a match that takes place on March 20, 2019, on Mirage.

Full transparency of the match is offered, which almost immediately clears FURIA from the scandal: while Nicholas was able to see enemy making movements and flanks unbeknownst by FURIA, at no point throughout the video did Nicholas send that information to his team to offer an unfair advantage; even when he knew their entry through conn (where his camera was locked) would catch his roster by surprise.

Some have pointed out that Guerri could have opted to quit the server and rejoin, hoping that the bug would be removed; being that Nicholas opted not to, yet abstained from sharing any information, makes it a relatively moot point.

The primary sticking point of the scandal is that coaches were bugged and used that information to help their team win: Guerri sharing FURIA’s comms during the match expunges any facet of wrongdoing from the scandal.

Whether or not ESIC will take this into account when completing their announced investigations is currently unknown, but Nicholas did clear himself by blasting out the ongoing communications and video of the match that some have pointed to when naming FURIA in recent days.

It is a majority opinion from what we’ve seen, however, that many don’t consider Nicholas Nogueira to have taken a direct hand in using the bug to tilt the matches favor towards his team, which is what, according to ESIC, everyone is hunting for.

It seems relatively easy to clear ones name in this specific scandal, at least, by simply following suit; presuming that other teams are as disciplined about maintaining records and logs of matches past. Here’s wagering that none of the coaches that have already received bans are willing to do so, however.

CS:GO – Valorant – Explaining The Match-Fixing Bonanza Which Has Everyone Furious »