Call of Duty Season 5 is titled Last Stand, and the content will launch on August 25. Activision confirms Last Stand is the final season for Call of Duty: Vanguard and Warzone Pacific, and the roadmap includes Warzone events themed around Caldera’s volcano and details the final Zombies map.

As expected, Season 5 will include a brand-new battle pass to level for Vanguard and Warzone. Five new weapons are also being added. The EX1 prototype energy rifle and the RA 225 submachine gun will be within the battle pass tiers, and three additional weapons will arrive later in the season.

Vanguard is stepping further away from a grounded World War 2 setting in this final season, as Last Stand will introduce operator bundles for classic antagonists from past games. Black Ops 2’s Raul Menendez, Khaled Al-Asad from 2007’s Modern Warfare, Gabriel T. Rorke from Call of Duty: Ghosts, and He ‘Seraph’ Zhen-Zhen from the Black Ops series are all set to arrive sometime during Season 5. 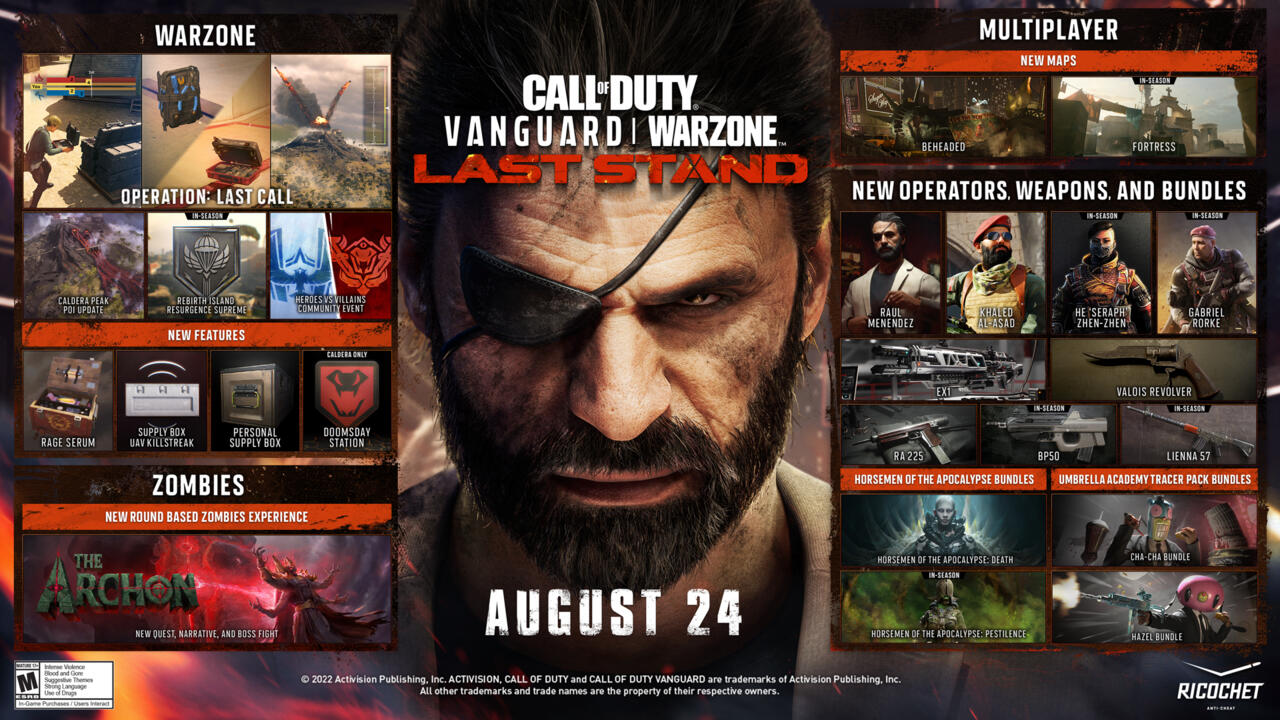 Season 5 roadmap for Vanguard and WarzoneWarzoneNew LTM and seasonal event

Call of Duty’s returning villains are sabotaging Caldera, which is the storyline that themes the upcoming LTM and special event tied into this final season.

Arriving with the launch of Season 5, the Operation: Last Call is a limited-time mode for the Caldera map. Activision says the LTM inspired by multiplayer’s Search and Destroy mode, and players can choose to defend Caldera by defusing bombs around the island, or sabotage it by detonating the explosives at designated bomb sites.

The seasonal event is a community effort called Heroes vs. Villains, where players must choose their side and lead them to victory. Players will collect Villain or Hero Tokens in all game modes by eliminating opponents and scavenging supply boxes. The winning team’s unique weapon blueprint will be given to everyone following the event. Players will also have the chance to earn other exclusive rewards like an animated calling card, weapon charm, melee weapon blueprint, a watch, and more. 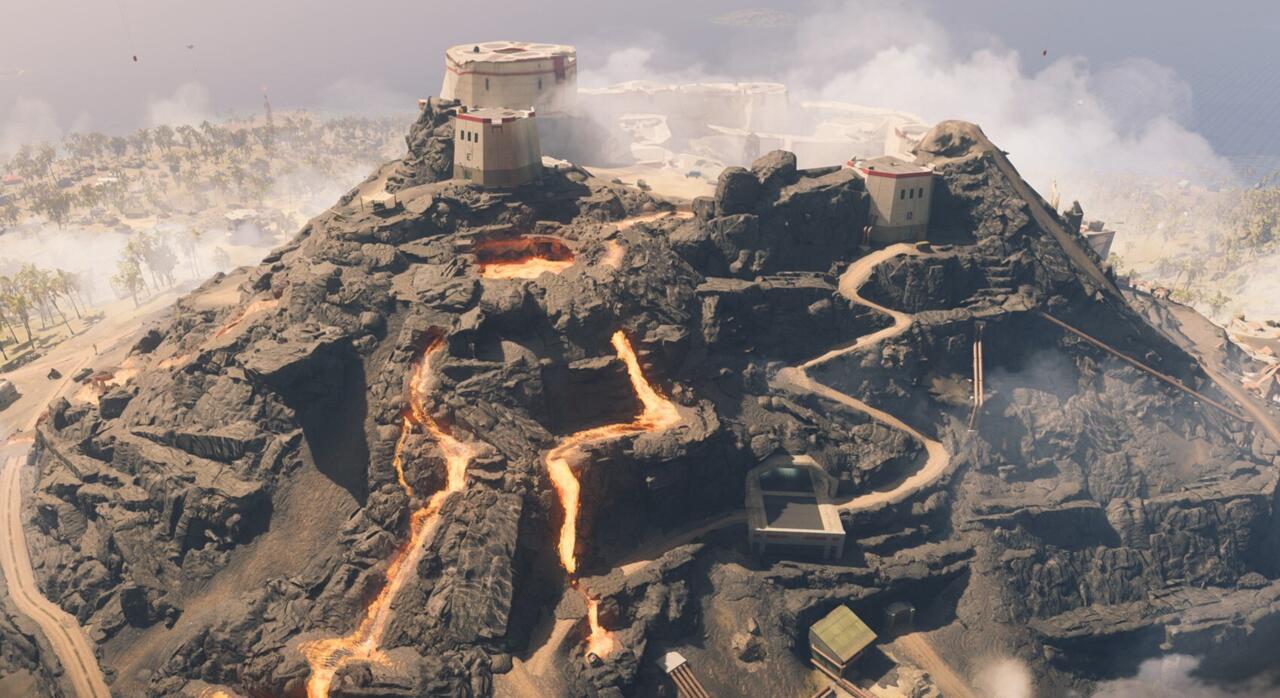 Caldera’s Peak is on the brink of eruption, creating landscape changes in and around the point of interest. Players will need to avoid the lava flowing and watch for molten rocks shooting down from the volcano.

The Gulag is finally getting a new design. This is described as a new volcanic-themed Gulag inspired by an old favorite. Based on the one image shared by Activision, it’s possible this is a reskin of the original Gulag Showers from Verdansk.

Season 5 will also add a few new features to spice things up on Caldera with Doomsday Stations, Rage Serum, and new ways to call in a UAV.

Personal Supply Boxes will let players grab their loadout and get an XP boost, but these new boxes are extremely rare.

Rage Serum is a new field upgrade for Caldera, which allows players to become violently unstable, resulting in a viciously effective boost to close-quarters fighting. This includes buffed melee damage, increased lunge distance, and enhanced stun power while fighting with melee weapons or fists. However, those using Rage Serum will become louder and has more of a negative reaction while stunned or flashed.

Vanguard’s final season includes two new maps. Beheaded is a map arriving at launch, which is described as a small, war-torn Times Square setting built for fast action. Fortress will be the final map arriving later in the season, which is a medium-sized Mediterranean map featuring close-quarters interiors with rooftop access.

Zombies will conclude the Dark Aether storyline with The Archon, which is a brand-new round-based map set in the Dark Aether. Activision says Treyarch will reveal details about the map and main quest at a later date.

Though the bundles haven’t been detailed yet, Activision’s blog post seemed to vaguely confirm the previously leaked operator skins for Hazel and Cha-Cha from Netflix’s Umbrella Academy. More details on the collaboration will likely come closer to launch.

« Preorder Splatoon 3 For Just $49 With This Exclusive Promo Code