Call Of Duty: Modern Warfare 2– Here Are All The Details And Rumors So Far

Infinity Ward is leading the development on this year’s Call of Duty game, Call of Duty: Modern Warfare 2. After 2021’s Call of Duty: Vanguard failed to reach Activision’s sales targets, expectations are high for the sequel to the 2019 series reboot. Activision calls Modern Warfare 2 the start of a “new era” for Call of Duty, and we’ve already seen a few trailers. Here we break down all the details we’ve learned, and highlight the leaks and rumors still surrounding the game.

An official release date for Modern Warfare 2 has now been confirmed as October 28, which is right in the typical release window CoD games usually occupy. Call of Duty: Modern Warfare 2 is scheduled to release across PS4, PS5, Xbox One, Xbox Series X|S, and PC. The game is also confirmed to return to Steam, which is set at a $70 price tag.

A “new era” of Call of Duty

Much of Call of Duty: Modern Warfare 2019’s story revolved around Captain Price building up his iconic task force from the original series. So though it’s unsurprising, fans can rejoice that Captain Price has recruited their favorite Modern Warfare characters yet again for another story.

Modern Warfare 2 follows three years after the events of 2019’s rebooted Modern Warfare, with Captain Price’s iconic Task Force 141 now fully formed and operating around the world. Price is joined by the iconic characters of Simon “Ghost” Riley, Kyle “Gaz” Garrick, and John “Soap” MacTavish, but this newly assembled Task Force 141 also includes a new character known as Alejandro Vargas. Gaz and Ghost were also not in Task Force 141 at the same time during the original trilogy, with Gaz only appearing in the first game and Ghost appearing in the 2009 sequel (both were also voiced by the same person).

The newly formed Task Force 141 can be seen in action during Call of Duty: Modern Warfare 2’s full reveal trailer, which shows a montage of campaign set pieces paired with Metallica’s “Wherever I May Roam.” An additional trailer was later released to show gameplay of Modern Warfare 2’s Dark Water nighttime mission, where Task Force 141 must intercept controls for an enemy’s missile launch.

Some of Modern Warfare 2’s multiplayer modes were also revealed to us during our early preview of the game, including Call of Duty’s staple modes of Team Deathmatch and Domination. The popular large-scale Ground War mode from 2019’s Modern Warfare is also returning this year, plus there will be two new round-based objective modes called Hostage and Knockout.

While 2019’s Modern Warfare went rather large with many of the core multiplayer maps at launch, Infinity Ward said it scaled back all the standard multiplayer maps for Modern Warfare 2 to cater to traditional 6v6 matches. Additionally, Ground War maps will no longer be larger pieces of traditional multiplayer locations, as the developer said these are separate “battle maps” built from day one specifically for large-scale modes.

Make sure to check out the full breakdown of our early preview of Modern Warfare 2 to learn about all the new mechanics and equipment coming to the game, which includes swimming, new mantling options, new Field Upgrades, and more.

While we don’t have full confirmed lists of what to expect in multiplayer, Call of Duty dataminer Reality leaked the perks, modes, field upgrades and more for Modern Warfare 2. However, it’s important to note that all of this is reportedly from an early build of the game and could be subject to change.

While the announcement of Spec Ops should squash the rumors that Modern Warfare 2 will include a new Escape From Tarkov-inspired game mode called DMZ, leakers are still suggesting the mode exists. Notable leaker for Call of Duty, RalphsValve, suggests the DMZ mode could arrive in 2023 as a free-to-play addition to Modern Warfare 2, similar to the late launch of Warzone for Modern Warfare 2019. DMZ is said to be an open-world mode with a mix of battle royale and survival game elements, and the mode has reportedly been in development for four years. 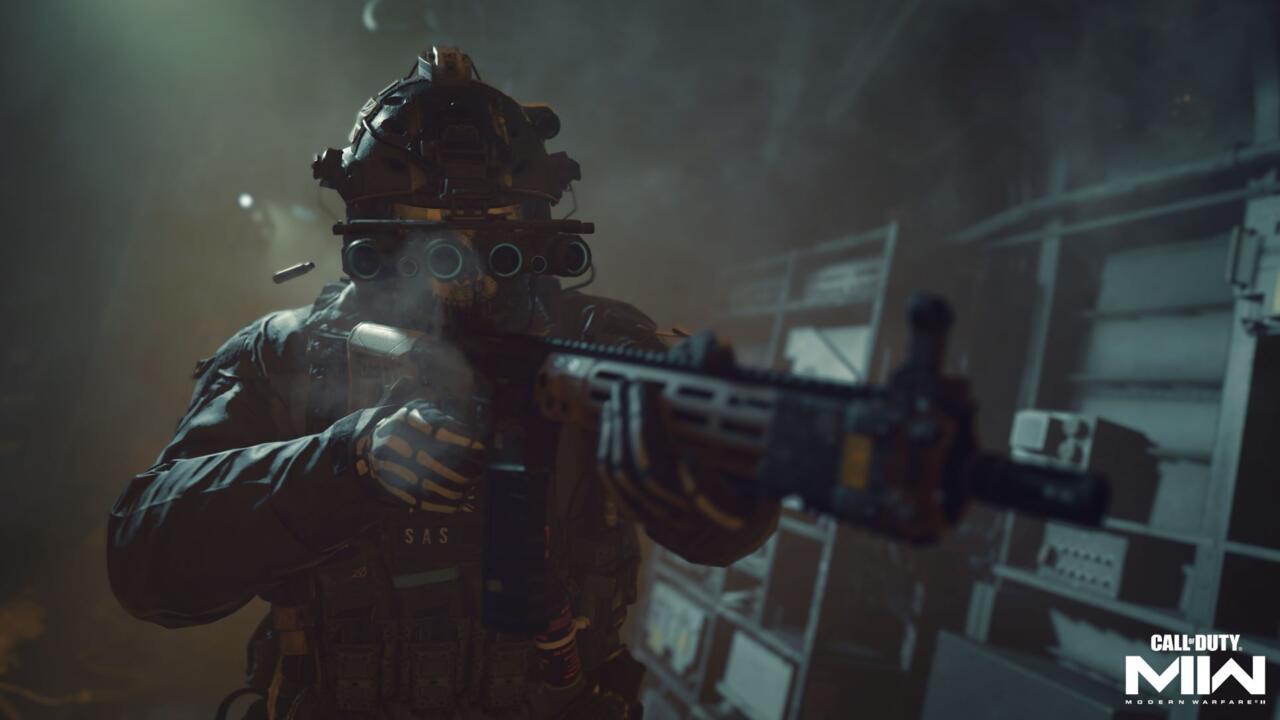 A map editor is rumored

In early June, RalphsValve also claimed that Infinity Ward has plans for a “community-led effort” to create maps for Modern Warfare 2. The leaker suggests this map editor mode will be incorporated as “an offline mode equipping players with the necessary tools for blocking out, mapping, and editing an already existing map.” Of course, this map editor has not been confirmed by Activision, so rumors must be taken with a grain of salt.

Activision also confirmed players can expect Call of Duty’s Ricochet anti-cheat to arrive on day one for both Call of Duty: Modern Warfare 2 and Warzone 2. Activision recently announced it has seen a “significant” drop in cheaters for Call of Duty since Ricochet launched in 2021.

Warzone’s sequel is confirmed to launch in 2022, which is set to follow sometime after the release of Call of Duty: Modern Warfare 2. The battle royale is also confirmed to include the same vehicles, swimming, mantling, and mechanics announced for Modern Warfare 2, but it’s still uncertain whether this next iteration will be a 100% clean slate or include the weapons and skins from previous titles. Here we highlight all the details and rumors surrounding Warzone 2.

Preordering Call of Duty: Modern Warfare 2 will secure early access to the game’s upcoming open beta, but the dates haven’t been announced yet. More Modern Warfare 2 preorder bonuses could be coming in the future. Reality, the dataminer who’s Twitter has since been deleted, has also suggested Warzone’s most recent update added references of a currently unannounced “Campaign Early Access” bonus offer for Modern Warfare 2.

As the release date gets closer, Modern Warfare 2’s multiplayer details should be revealed soon. Activision also vaguely teased that more intel will be revealed about a new sandbox mode and a brand-new playspace closer to launch. We’ll update all these details as new information is announced.

Call Of Duty’s Most Overpowered Weapons Of All Time, Ranked

Read More: Call Of Duty: Modern Warfare 2– Here Are All The Details And Rumors So Far

« This Mobile Game Creation Bundle Is An Excellent Value

The Best PlayStation RPGs For PS5 And PS4 »