Apex Legends Season 14 goes live August 9, adding Vantage to the battle royale game’s playable roster. Vantage has an ability kit geared towards long-range combat, giving her a specialty with marksman and sniper rifles. She doesn’t fit the caricature of being a sneaky sniper, however, as developer Respawn has designed Vantage’s abilities to be loud and noticeable. Don’t expect to pick her and suddenly be able to silently take out several targets in a row with no one else the wiser.

“If a Vantage is aiming down sights on her ultimate, she’s got a targeting laser that’ll show in-world,” Winder told me. “So if she’s aiming at you, you’ll see that laser pointed in your direction and you can think twice about what large gaps you want to cross, or what cover you need to get to.”

The laser shows up in-game as a long blue beam, making it clearly distinctive from the targeting lasers that will be added to pistols and submachine guns when Season 14’s new Laser Sight hop-up is attached to them. This also prevents Vantage from being able to easily hide when she’s using her ultimate ability–while aiming down sights, she’s creating a clear path back to her perch for enemy squads to see.

Her tactical ability, Echo Relocation, isn’t going to provide a means for her to stealthily retreat either. The ability allows Vantage to redirect her bat-like companion, Echo, to a point she can see and then subsequently use her jump jets to jet pack to his position. “It’s very important to know when a player is launching or flying in your direction and is about to land on your head or is sort of moving around the battlefield, especially if it’s with their abilities,” Winder said. “So her tactical has a good amount of sound to it when she initiates her launch and as she flies in the air and maybe double jumps towards the end of it. So that has some good meat to it so that you can know it’s happening if it’s not on screen and helps you locate where Vantage might be leaping to.” 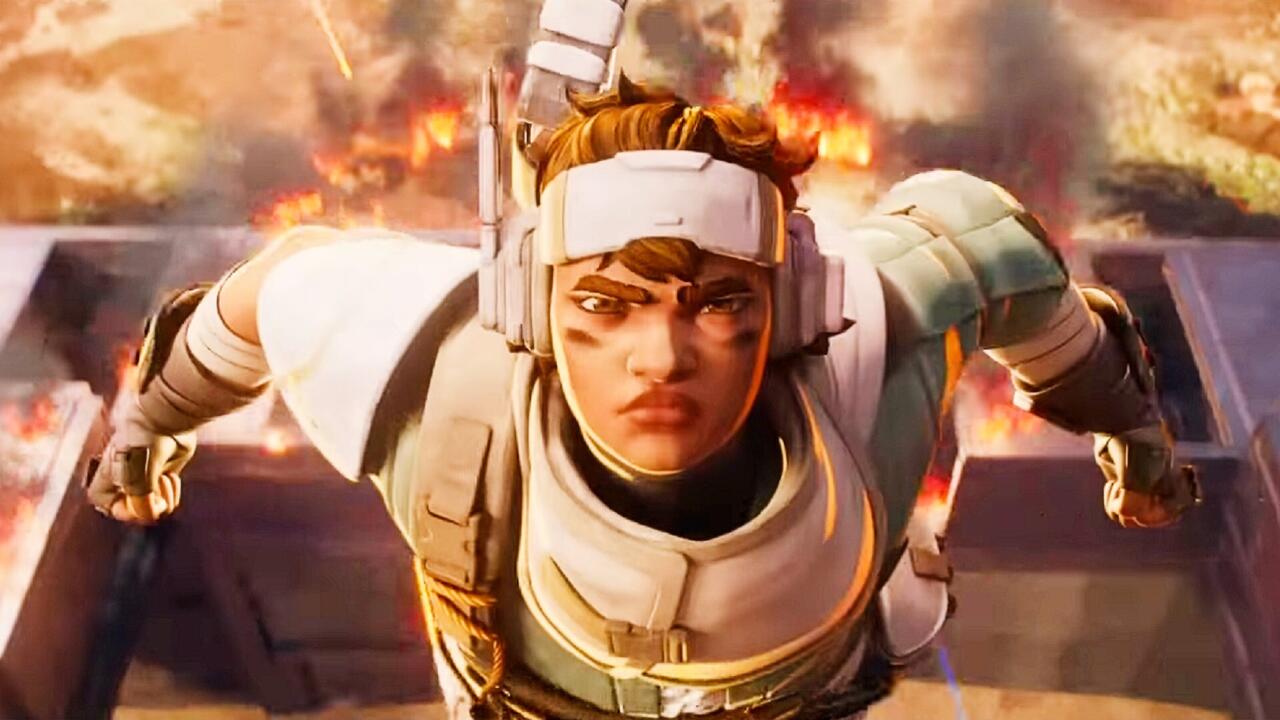 After Echo scouts out a location, Vantage can jet pack towards her bat-like companion.

Echo is visible to enemies too, so a keen opponent will be able to pinpoint where a Vantage is leaping to based on where he’s flying. He doesn’t make much sound, though, so it’s much harder to pick him out audibly in comparison to, say, Crypto‘s drone.

“There’s a good distinction there, actually,” Winder said. “Echo doesn’t provide like Crypto’s drone. The drone itself is both the source of [Crypto’s] ultimate [ability] and also the source of his scanning [passive ability]. So you really need to know when that thing is flying around and where it is, you also need to be able to shoot it so you can sort of mitigate the ultimate potential or stop being scanned. For Vantage, Echo doesn’t really do anything directly to enemies. So he’s not really a threat on his own. You can sort of think of Echo as the point that Pathfinder connects his grapple to–it’s not really something you can shoot and disconnect his grapple or anything.”

On top of that, Winder added that Echo doesn’t make much noise in an effort to prevent Vantage from using him in an offensive manner, flying Echo into the proximity of other players to screech and flap and just be a nuisance. In that regard, as of Season 14, Crypto’s drone is still the most annoying distraction that you can fly into an opponent’s face.

It looks like Vantage won’t be too difficult to counter-snipe either, featuring one of the noticeably larger character models among the female legends. You’ll be able to easily pick out Vantage from a distance. “From a gameplay standpoint, her silhouette is pretty unique,” Winder said. “She is as tall as Bangalore but pretty thick–internally, sometimes we say she’s built like a bobsledder.” 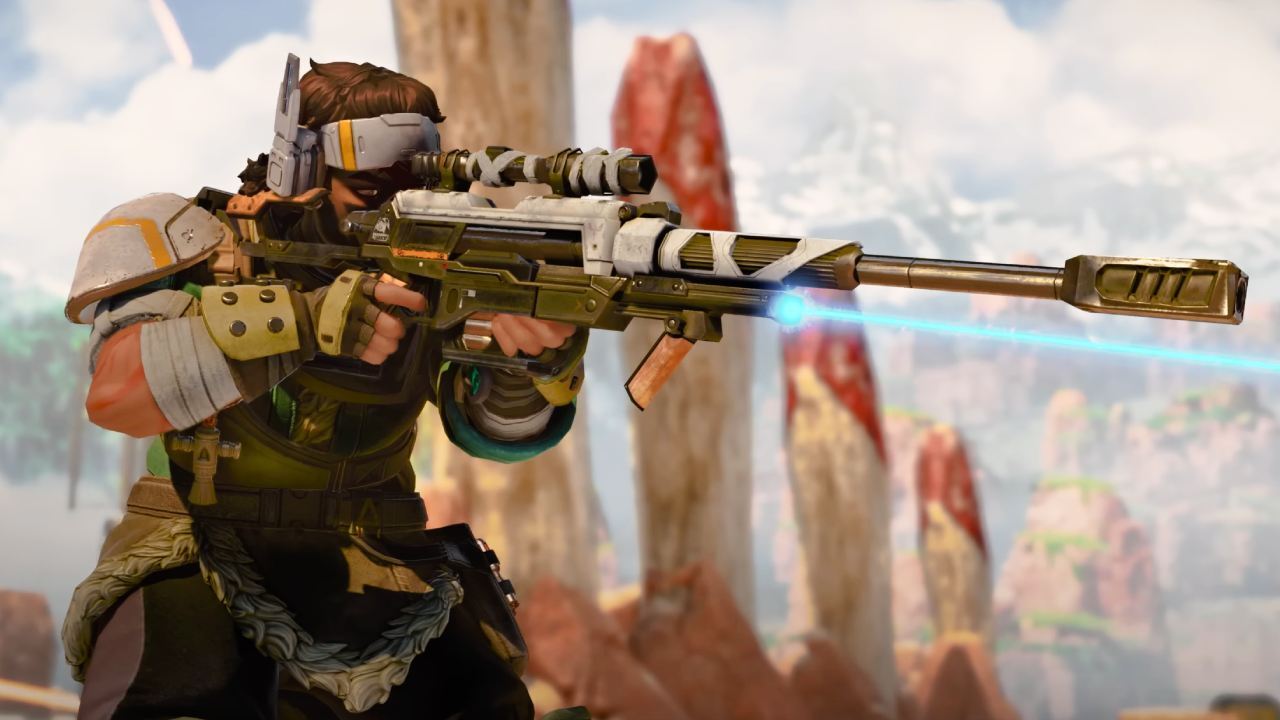 Vantage’s ultimate ability has a noticeable targeting laser, but it only appears when she’s aiming down sights.

While many players likely associate sniper characters in hero shooters with a thinner or smaller body type (like Overwatch‘s Widowmaker or Valorant‘s Chamber), the Apex Legends team designed Vantage to be on the thicker side to better align with her history as someone who’s been living off the land and surviving by hunting dangerous prey in harsh climates all her life. At 18, she’s the youngest legend on Apex Legends’ roster, but she’s also lived a very physically challenging life.

Her history has informed more than just how she looks–players will get to hear plenty of fun dialogue between Vantage and the other legends that betray how socially deprived her upbringing was.

Lee told me that a lot of the older legends will take on more of a parental role when it comes to Vantage–as seen in the Season 14 launch trailer, where Fuse and Horizon embody strong grumpy dad and protective mom energies–but there will be plenty of other relationships too. Bloodhound will view Vantage as a fellow hunter and equal, for example. Perhaps most intriguing, however, is the hint that Mad Maggie will take an interest in the young sniper.

“Mad Maggie has some interesting interactions with [Vantage] because Mad Maggie is in jail between matches and knows that Vantage’s mom is as well,” Lee teased. “And so [Maggie] is like, ‘Respect. Your mom’s a badass.'” 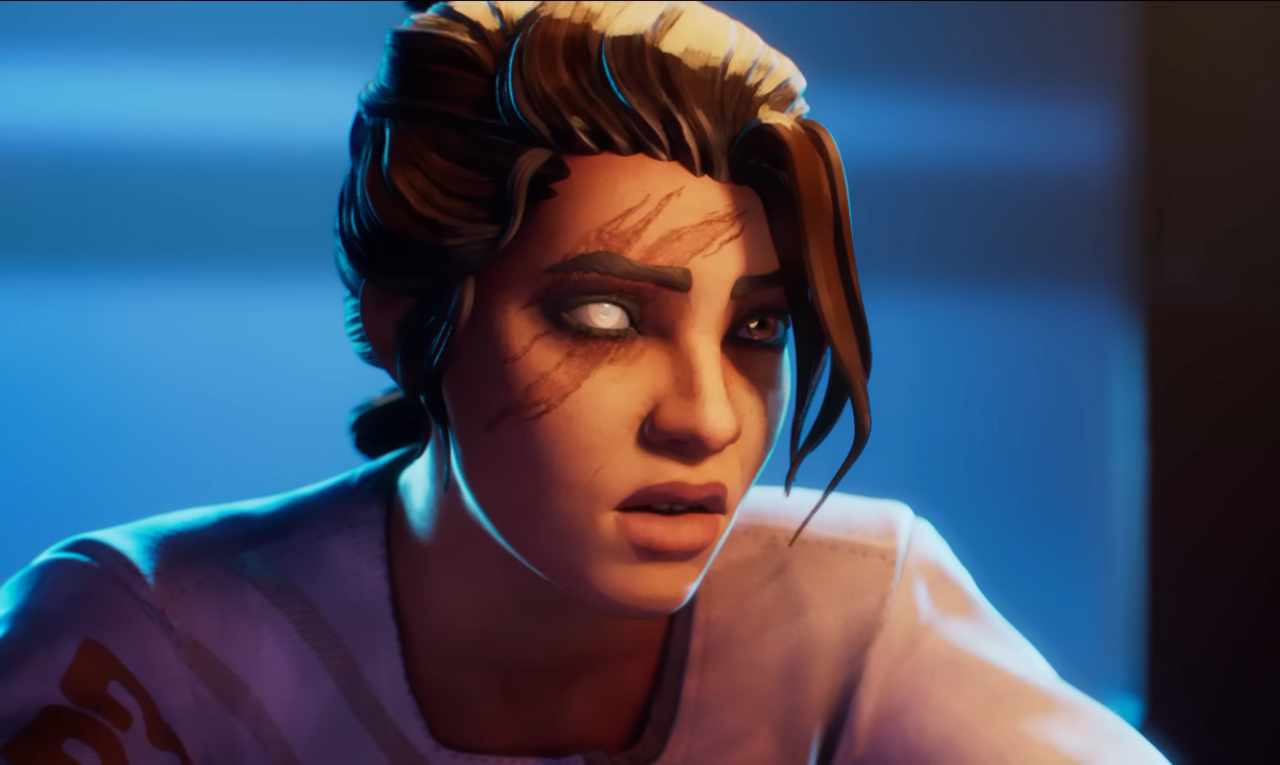 Vantage’s mom is as interesting as Vantage is, if not more so.

As I’ve said before, Vantage’s mom is incredibly interesting as far as Apex Legends’ lore is concerned. Jailed for a crime she apparently did not commit–and which Respawn refuses to tell us about–Vantage’s mom, Xenia, represents a lot of potential for Apex Legends’ story, both in regards to Maggie and Lifeline‘s fight against the Syndicate, as well as a potential link to criminal conspiracies on Gaea, the home planet of Rampart, Caustic, and Crypto.

“[Xenia’s crime] is definitely something that we have in our back pocket as something that we’re going to explore with Vantage,” Lee said. “There’s definitely things that she needs to work out with her mom–because her mom kept some things from her on the planet–but ultimately, she sees her relationship with her mom as one of her strongest. Echo and her mom are her people, her community.”

Lee continued: “Her mom’s crimes have been purposely kept hidden. They’re a little bit out there–it’s definitely a complicated backstory. It’s not as simple as ‘Her mom did this thing,’ or ‘She jaywalked a hundred thousand times, so she’s in jail forever.’ No, it’s something a little more complex and nuanced–depending on who you speak to [in Apex Legends], you get different details about what she went through. So we’re going to kind of parse that out and it’s going to definitely be a huge, important part of Vantage’s future storylines.”

It all sounds interesting to me, and I’m thankful Vantage’s kit doesn’t sound like something that’s going to break Apex Legends’ in-match meta. There’s no clear way of knowing until the whole community gets their hands on her, obviously, but Vantage at least sounds like a legend designed to complement the primarily close combat-focused meta with her long-range abilities, not exist outside it.

Alongside the addition of Vantage, Apex Legends Season 14 will also see Skull Town return to Kings Canyon as the brand-new Relic point of interest, and a new safari-themed battle pass added to the game that features legendary character skins for Wraith and Caustic and legendary weapon skins for the Triple-Take.

« MultiVersus Season 1 And Rick And Morty See An Indefinite Delay